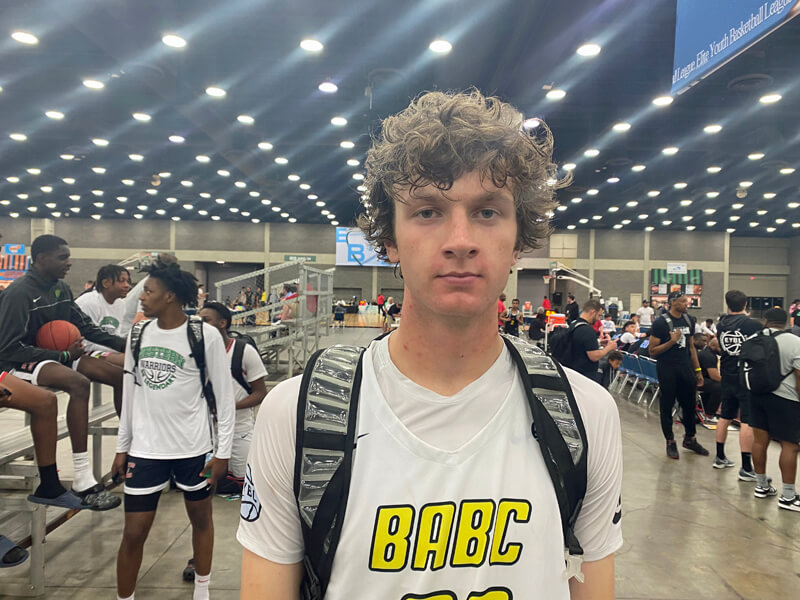 Worcester Academy (Mass.) and BABC forward TJ Power is a top 70 player nationally and a recruiting target for Indiana in the Class of 2023.

During the EYBL stop in Louisville in late May, Power spoke of his interest in the Indiana program:

Indiana offered the scholarship in early May, what was the level of communication with them and what message did they convey to you?

“I talk to coach (Yasir) Rosemond a lot. I spoke to coach (Mike) Woodson once or twice. They’ve just been very consistent since reaching out. They proposed to me on the first call, which shows the excitement they have on their side. I appreciated that. And then there are schools that talk to you and there are schools that are really proactive about sending dates and you can kind of tell they’re really interested and Indiana is one of those schools which is a pleasure to see.

Indiana has been down in the recent past, but made it to the NCAA Tournament last year and seem to be heading in the right direction. What do you know about the program historically?

“Coach (Bob) Knight and everything they’ve done there and the fan base, it’s a huge basketball state, which is cool to see. And now with Coach Woodson, they’re sort of revitalized I think. It’s got a lot of upper-level appeal and they’re getting a lot of high-caliber kids. You can see there’s a lot of appeal for this school right now and I am delighted to see how she is growing.

We’ve compiled over two minutes of Power’s play since spring, which is available below: