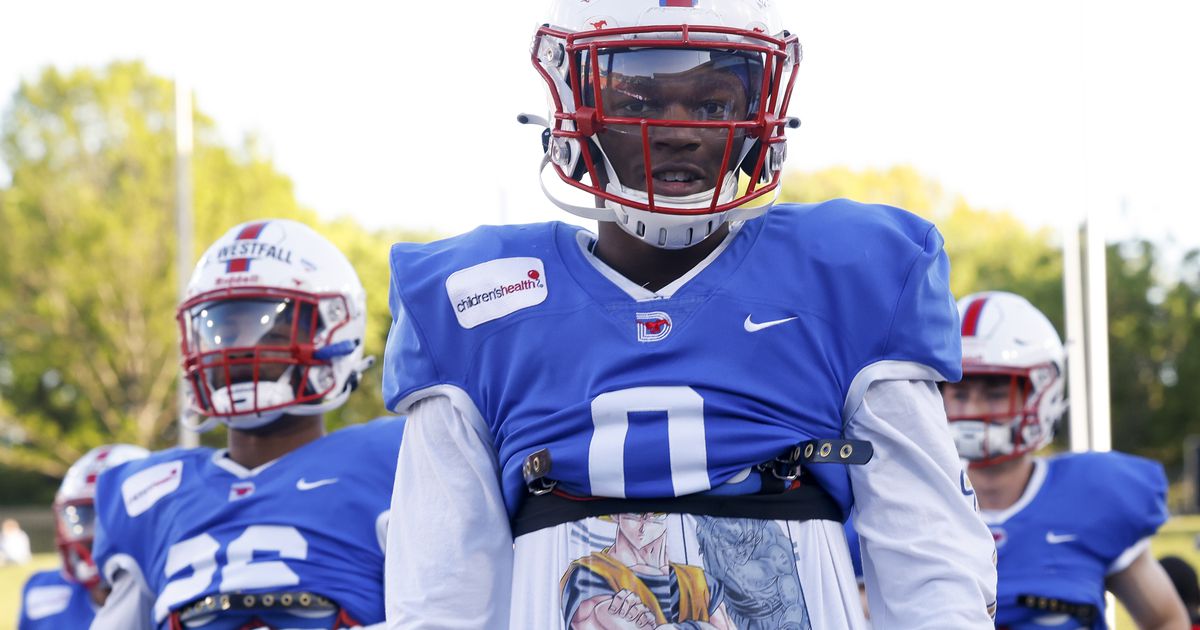 SMU’s first spring under new head coach Rhett Lashlee is in the books. What have we learned from the first look at next year’s Mustangs? It’s time for another post-by-post look. Next: defensive backs…

What we learned: The spring game for SMU wasn’t exactly a spring game. Still, it gave a glimpse of a potential depth chart ahead of the summer. Of course, the ‘starters’ and ‘backups’ of the spring final showcase aren’t set in stone for a Week 1 showing, but the defensive back groups were perhaps the most interesting we’ve had. seen. Specifically, the outer corners.

Ar’mani Johnson and Sam Westfall, both seniors, were given the go-ahead to start, while Jahari Rogers and Bryce McMorris, first-year starters a season ago, raced with the second team. It could just be an ode to seniority by new SMU corners coach Rickey Hunley Jr., and a sign that starting jobs have to be earned, or it could be how the new regime sees things from the start. .

Considering last season, that would be interesting. Rogers, a highly touted transfer from Florida, and McMorris, a true rookie playing in the corner for the first time, gained plenty of experience a season ago as young starters. There were also a lot of learning lessons. SMU’s passing defense ranked 124th in the nation a year ago, giving up an average of 278 yards per game and nearly 14 yards per completion. It was the Mustangs’ glaring weakness, and in losses to Houston, Cincinnati and Memphis, it was exposed.

But there could be long-term value in these experiences. A potential jump from Year 1 to Year 2 was a scenario worth following in the spring. Rogers gave credit to that idea with a huge tackle in the spring game – the biggest hit of the whole night. McMorris also had some good times. It will be interesting to see how the battle for outer corners unfolds in summer and fall.

As for other defensive spots, Isaiah Nwokobia – a true freshman a season ago – and Bryan Massey got the start safely, while Brandon Crossley got the majority of first-team nickel plays . Massey showed his athleticism as a returner a season ago, but hasn’t been used as much as a safety. I think that will change with new safety coach Craig Naivar. Massey also had an impressive interception and return in the 7-on-7 section of the last spring showcase.

What we have left to learn: The Mustangs used heavy rotation last year on defense. Will new staff make it this season, given the levels of competition they have for starting spots? Or will they identify starters early and ride with them?

Plus, there are plenty of newcomers on the way, including former Texas safety Chris Adimora, a former four-star rookie who recorded 61 tackles and defended seven passes in three seasons for the Longhorns. He should be a good candidate to crack the depth chart early, but can other newcomers do it?

A word, plus an analysis: Catalyst

I used pivot as a one-word analysis for the defensive line largely because of high school struggles a season ago. But what if the secondary doesn’t struggle like it did a season ago? That could be a catalyst for the Mustangs’ defensive success in 2022.

“Getting to Know Each Other”: Rhett Lashlee Bonds in First Spring at SMU