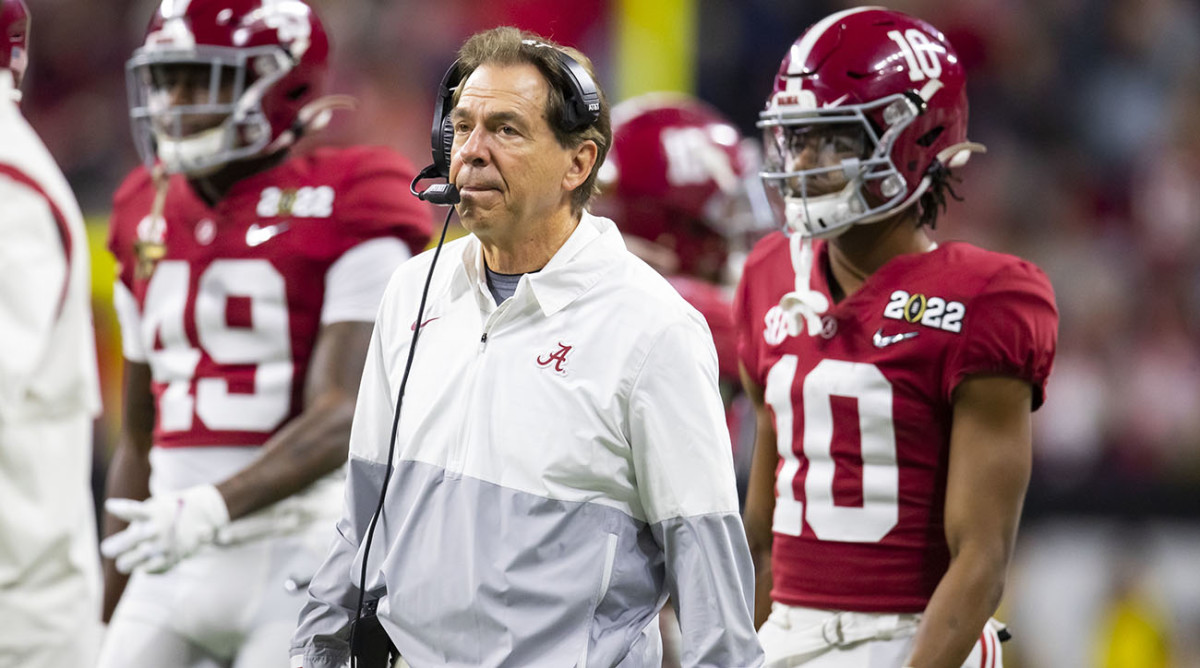 Alabama coach Nick Saban responded to comments he made about Texas A&M buying his players Tuesday during the Southeastern Conference spring meetings.

“I didn’t really say anyone did anything wrong,” Saban said, by 247Sports’ Brandon Marcello. “I’ve said everything I’m going to say about it. I should never have mentioned individual institutions, as I said before.

The Alabama coach has come under fire after alleging the Aggies “bought every player on their team” through name, image and likeness deals. In a scathing response, Fisher called the accusation “despicable” and called Saban “narcissistic.”

Saban later apologized for calling specific institutions and for the accusations he made against A&M and Jackson State. He said the Tigers “paid a million dollars last year for a guy who was a really good Division I player to come to school. It was in the paper. They were bragging about it. Nobody did nothing about it.

“I should never have chosen anyone,” Saban said on ESPNU radio stations off-campus. “It was a mistake and I apologize for that part.”

“I really wasn’t saying anyone had done anything illegal using NIL,” he later said. added. “It was something I assumed by what I said. That’s not what I meant. There’s nothing illegal about doing that. It’s the system. It’s the problem I have.

Fisher revealed his former mentor reached out to him but he didn’t respond, adding that “we’re done.” The SEC issued public reprimands for both coaches after the war of words.

Saban added on Tuesday that he had “no problem with jimbo at all.” The two coaches are scheduled to face off on Oct. 8 as the Aggies travel to Tuscaloosa.