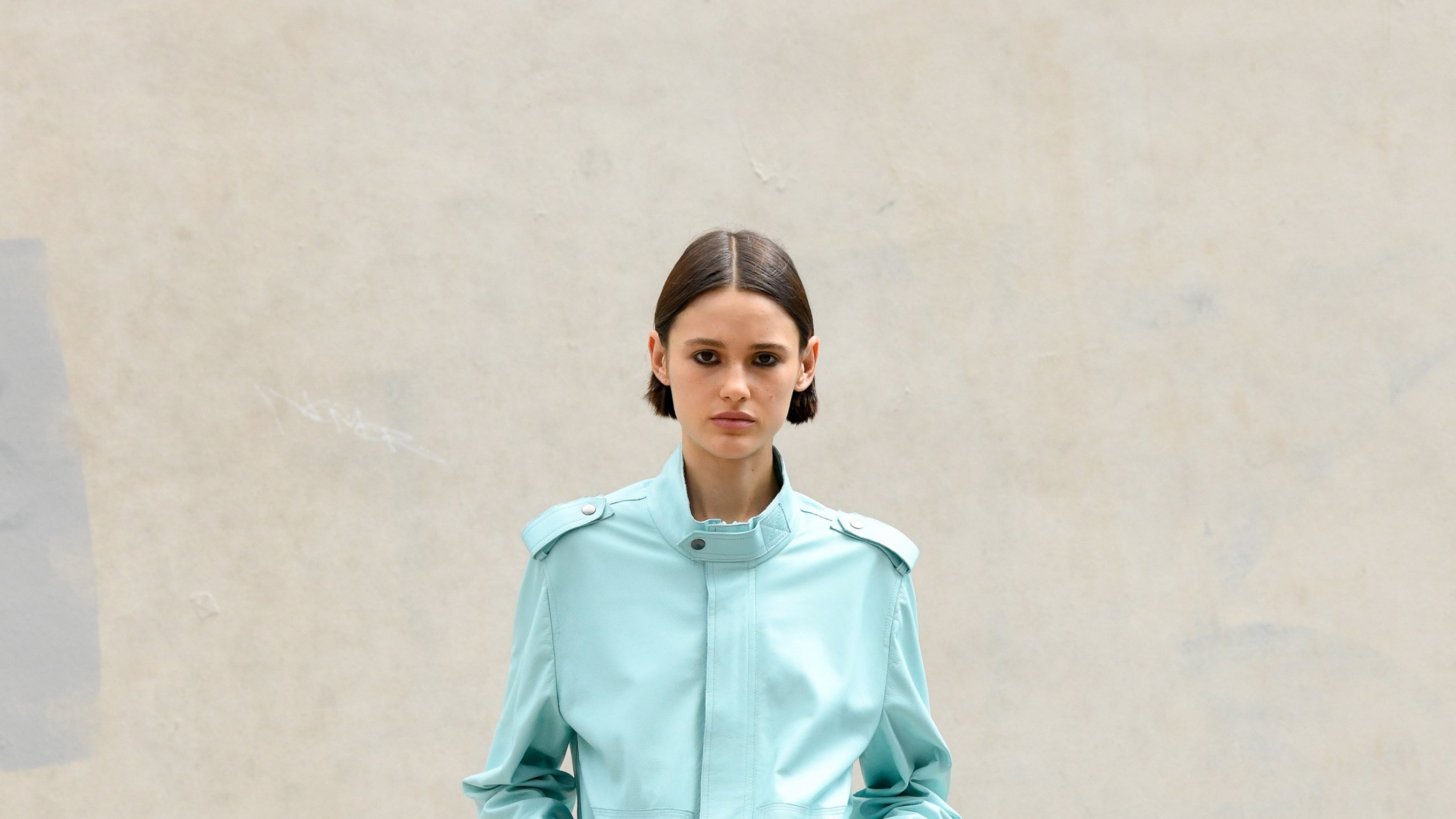 Maryam Nassir Zadeh started her show notes with the word waves, and she thought not only of the azure waters lapping on the shores of the Mediterranean (the designer spent part of the summer on the idyllic Greek island of Hydra), but also of the weather.

In 2013, Zadeh first dabbled in design with accessories, then moved into apparel, and MNZ quickly carved out a niche in the downtown scene. “What I’m known for is creating timeless, elevated basics,” she said after her spring show, which has strayed from that formula this season. It was a looping moment: Zadeh returned to the Sara D. Roosevelt handball court where she had shown before, located directly across from her studio; the actors and audience were full of friends.

The story is fluid, so you never know what will be left when you return to a location. This thought is a priority for New Yorkers who lived through 9/11 and those who are still in the city after the pandemic. In the aftermath of the shutdowns, things all over the world still look a bit undone and tenuous. Zadeh’s collection had that feeling too, but its inspiration came from a sunnier, happier place.

The range was steeped in the freedom to dress – or undress – the instinctive improvisation of wearing a towel like a sarong, for example. Modesty is not a consideration in the body-positive and nurturing MNZ universe, and it’s an extension of how Zadeh lives his life. While on vacation, she said, “I dressed half-naked, half-covered.” But that’s only part of the story: “I feel like there’s a merging of the domestic element in my life [as a working mother], but there is a kind of tension between that and being free. The idea of ​​domesticity appeared literally; the designer worked with home textiles like tablecloths and bath towels. Likewise, the idea of ​​finding a “space in between” was evident in garments such as half-skirts.

How these will translate to a rack would be a question, except that they might never land there. Zadeh explained that many of the materials she used had been in her personal collection for decades. Not wanting to cut them out, she worked around them, allowing the textiles to guide the patterns and some seamless pieces in a way that she believes will take her in exciting new directions. Thus, her redesigns represented a dialogue with the fabric and the sum of her past experiences and relationships. The MNZ store has long been home to independent brands, like upcycling label All-In, that do things differently.

It is the lightest pieces that best capture the ephemeral of memory and underline the space that exists between the body and the fabric. A polka dot dress, for example, was the color of the early morning sky; a yellow woven men’s shirt was fastened by knit cuffs and collars. Layering heavier materials on lighter materials was another way to emphasize the delicacy of the fabrics. Garters and bras added a whiff of boudoir to the proceedings. A jersey dress with a beautiful scoop neckline in the front and back was paired with a bra, which is now completely out from underneath. The idea of ​​apron skirts and tying things up is one that surfaces in many collections. In some ways, this harkens back to classic precedents and the manipulation of materials rather than construction. “I wanted to be natural,” Zadeh said, and there’s nothing more than the human form, which was the designer’s focus this season. What she calls her retouching are works in progress, just like life.