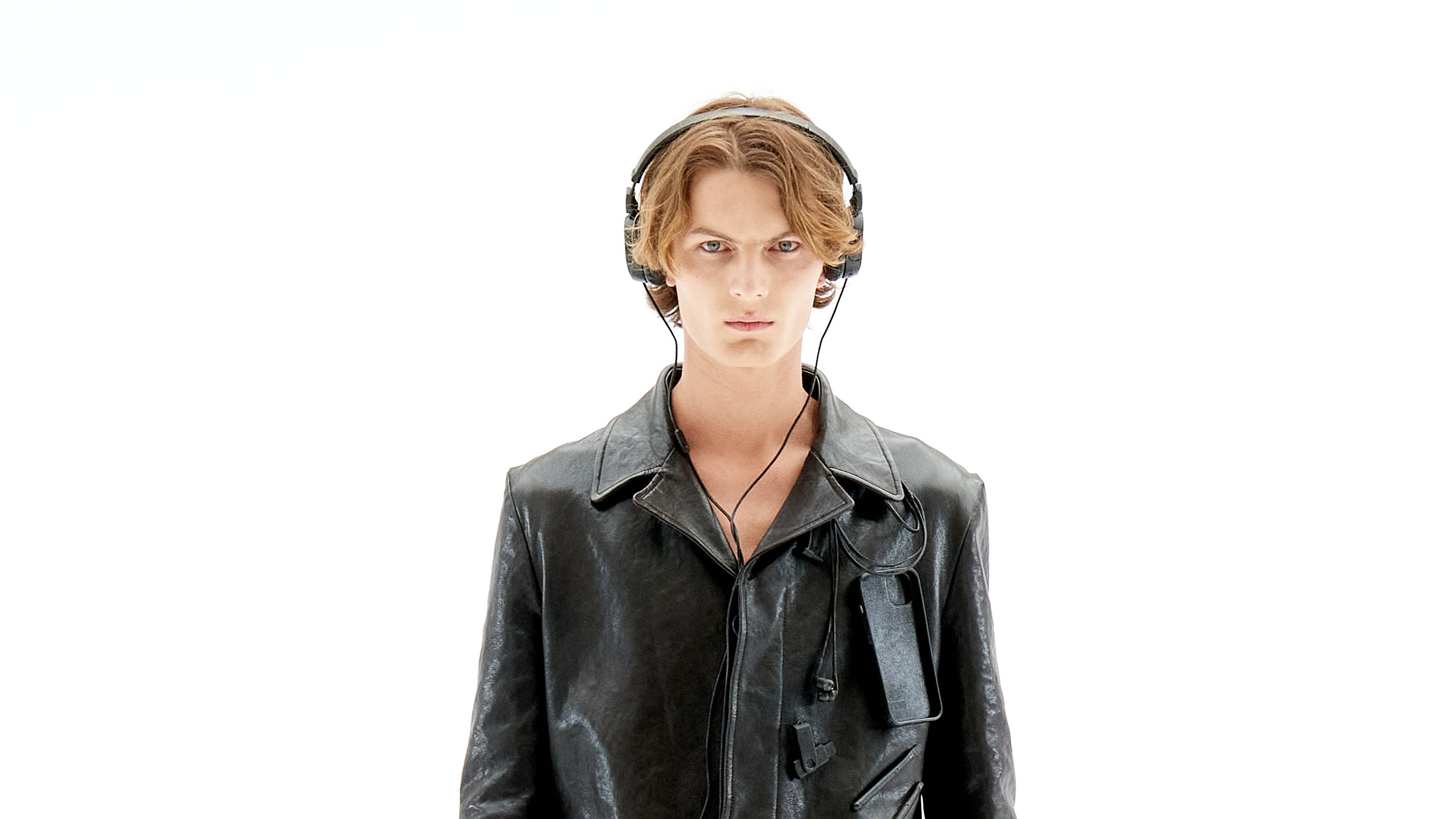 Fashion is about to enter the metaverse, and it’s safe to say that our human consciousness is already merged with our digital devices: Jonathan Anderson marked the moment with a speculative exploration around the topics of perception, nature and progress for his Loewe men’s show. “A fusion of the organic and the fabricated,” he says.

On the one hand, part of his collection was sown, watered and cultivated for 20 days in a polytunnel in the Paris region. Chia plants and St. John’s wort, living greenery, were made to sprout on sneakers, tracksuit bottoms, jeans, coats. A collaboration – a new form of painstakingly expert embroidery, fleetingly beautiful, really – that Anderson forged with Spanish bio-designer Paula Ulargui Escalona. “This amazing girl I found experimenting with growing plants on fabrics and clothes.”

And on the other: there was Anderson, playing with the manipulation of technology and her ensemble to make this physical spectacle appear as an unreal, computer-generated entity when viewed through her live video and lookbook. “I love this idea of ​​high definition, the idea that you take everything off the clothes and it becomes a silhouette thing,” he said in his behind-the-scenes debrief.

When one could look away from the fascination of marveling at how well Anderson had pulled off the verdant decor, all was simplicity and clarity. Luxurious leather coats and hoodies, sometimes loose fitting and sometimes overly puffy. Her ultra-desirable oversized sweaters, paired with second-skin sports tights. Iterations of Loewe Puzzle bags, utilitarian crossbody and basket tote bags, hanging from logo ribbons: all of the above highlighted his extremely successful knack for focusing on desirable items for the Loewe home.

There was, however, more than that in this image: those who descended the white, metaversial slope of the plateau with wrap-around masks, or coats and T-shirts implanted with screens playing videos of people kissing, volleys birds at sunset, tropical landscapes fish, flowers and blinking eyes. “When you’re sitting on a train or in a cafe, everyone is looking at the screen,” Anderson said. “And oddly, I was fascinated by this idea. What happens when a screen becomes the face?”

At best, sparking cultural discussions is the job fashion can take on. Anderson’s show and the waves he will make do just that. What he presented was less of a judgment than a question, however. “I think we should have a place to be able to talk about these things constructively,” he said. Pitching nature against technology isn’t a forward-thinking formula, he says: “Maybe by getting out of there, we can find progression somehow.”