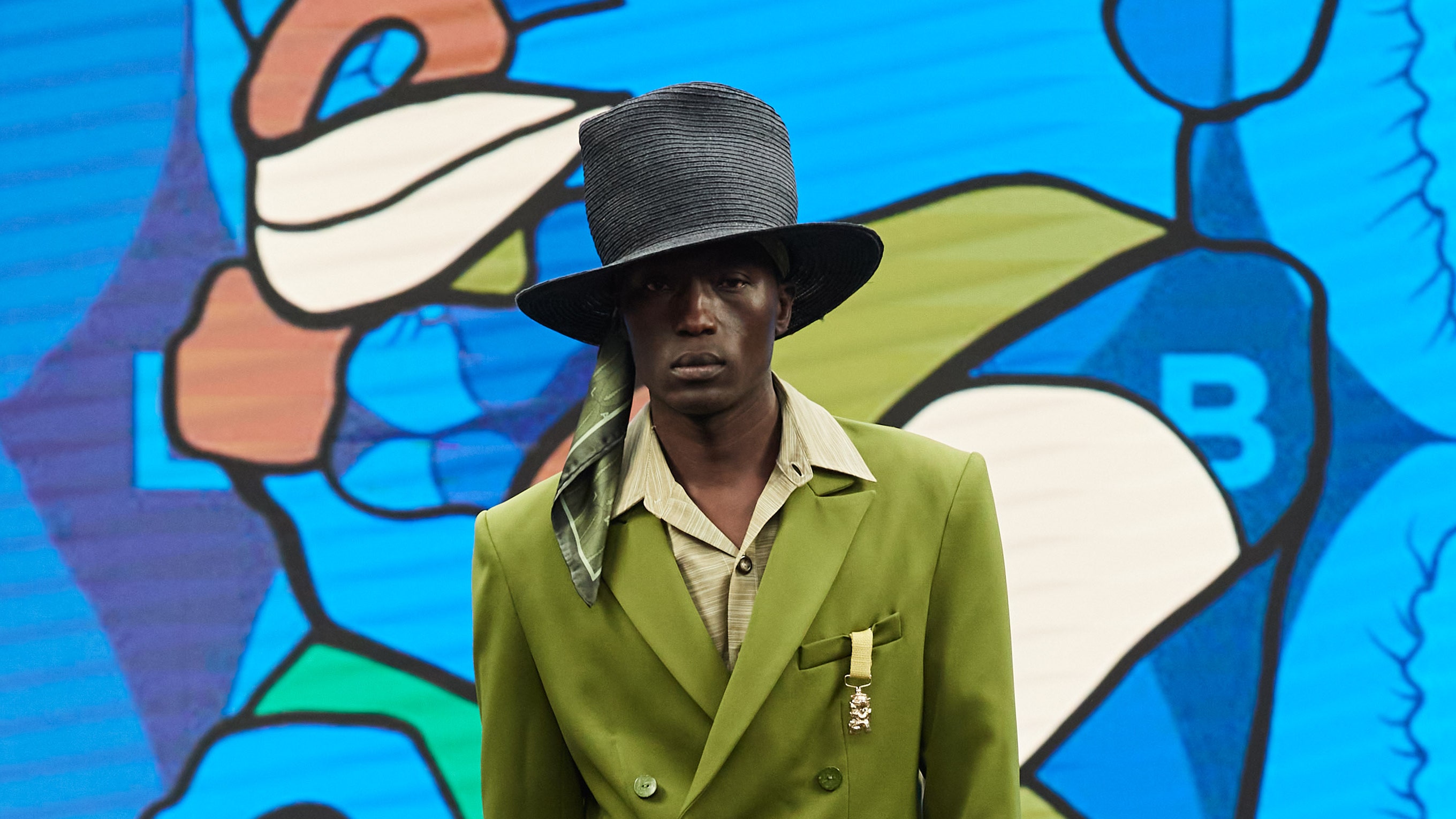 Freedom of Movement – the title of Foday Dumbuya’s show which opened the June men’s shows in London – had resonances that were not lost on the congregation who visited to see his Labrum collection parade on the catwalk . Born in Sierra Leone, raised in Britain and a tailoring specialist, Dumbuya is a fashion connector and ambassador between the two countries. He has designed the Sierra Leonean Olympic kit and uniforms for his fellow West Africans who will compete in the upcoming Commonwealth. Games in Birmingham, England. This season’s collection is inspired by the inspiration and joy he derives from “the idea of ​​a society without borders, where the fusion of cultures would coexist with constant migration…and to celebrate different cultures living under one roof”.

Friends from Freetown, Sierra Leone performed – Freetown Uncut, Drizilik and DJ Rampage – with an extended rendition of Bob Marley’s Exodus. Lightweight suits came out – greens, yellows, pinks – some with shorts, others layered with easy-to-match coats; some with bespoke checkerboard patchwork jackets. The headgear – one of the hallmarks of a Labrum look – was made by Lucy Barlow, one of London’s great milliners, who began creating chunky hats for reggae men in her shop in Portobello Road decades ago.

For all the bluster and fun of it, there was no doubt that Dumbuya pushed back against the tide of British politics and the plight of migrants in the UK. The weekend headlines were filled with Boris Johnson’s highly controversial plan to forcibly deport asylum seekers to Rwanda. (Meanwhile, British citizens’ right to freedom of movement across Europe was nullified with Brexit.) Labrum is not an overtly political label, but Dumbaya has left T-shirts on seats that spoke quite loudly. Featuring a motif symbolizing migrants pushing boundaries, they’re the result of a collaboration with Choose Love, the UK charity that supports refugee communities around the world. At £40, all proceeds go to charity. An outline recorded in the print reads “Designed by Immigrant”.