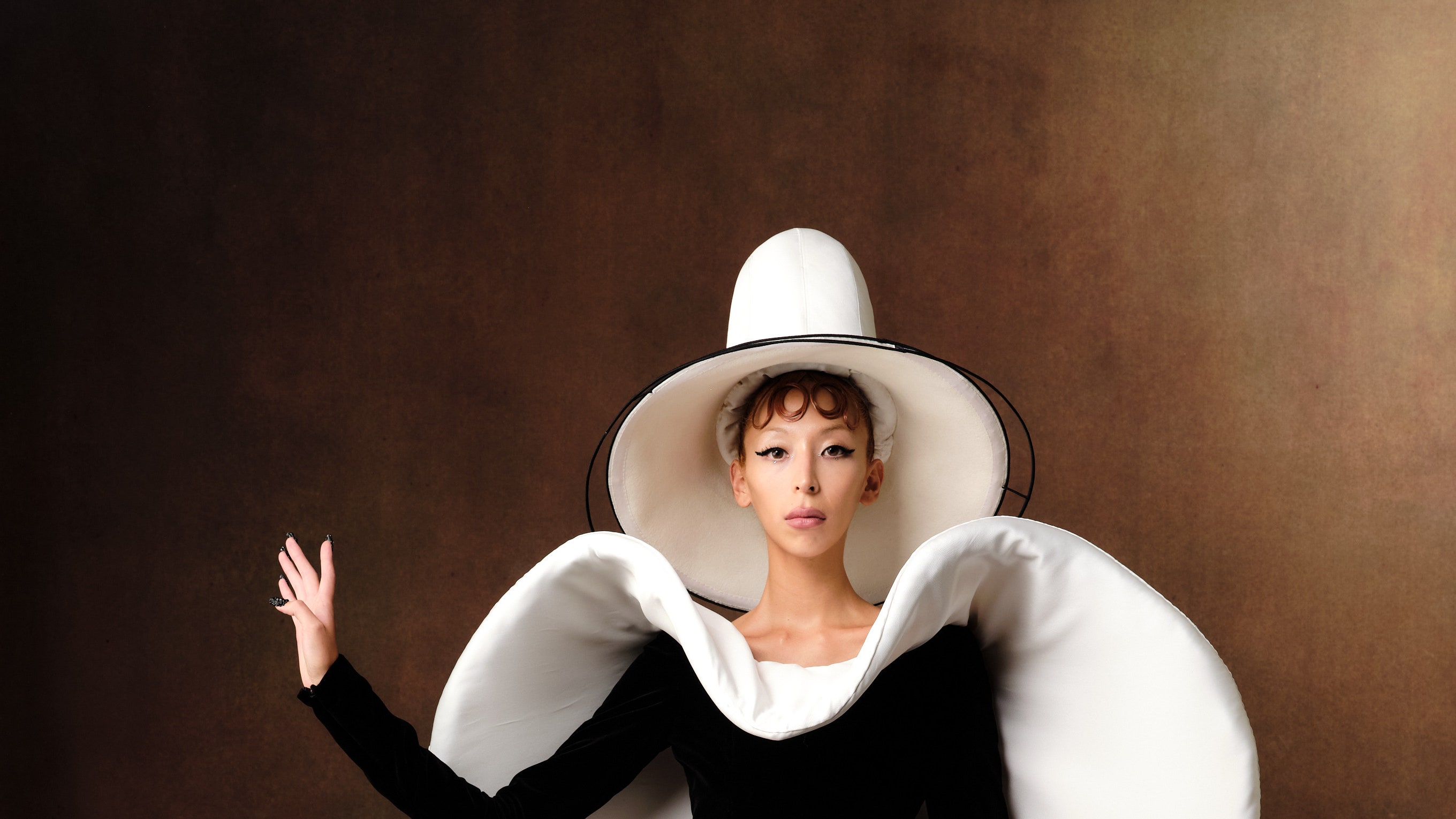 The dark events of fate – the death of Queen Elizabeth – could not help but take precedence over Harris Reed’s chosen position as one of the first designers to walk off-calendar on the eve of Fashion London weekend. The plan was to stage his cheerfully glam and celebratory queer show as an evolution, quite literally, of the dramatic static tableaux he worked on for a few seasons. It was a performance that was meant to act as a kind of ta-da curtain-raiser for all the bubbly anticipation people had felt about the shows’ first full comeback since the pandemic ended.

Aware of the very different burden of responsibility his massively statuesque gazes would now carry on their scaffolded shoulders, Reed spoke up. During the days when there were heated discussions about whether to cancel the week entirely, he published a respectful tone pleading for the survival of the fragile ecosystem of young brands – his friends – for whom the cancellation could have mean financial ruin, with no hope of recovering the insurance on the money already spent.

“It’s been a tough two years…in those two years I’ve been absolutely blown away by the incredible support from the fashion community in London. When faced with huge challenges, designers, models, motion directors, casting directors, nail artists, [and] the writers supported each other, built each other up,” he wrote. “London is a place where community, creativity and culture should always be at the forefront of what we support and nurture.” And he tagged all the names of the creators and friends he’s “honored to show off with.”

It was a generous and much-shared gesture, illustrating something of how Reed’s popularity as an optimistic personality about fashion has been a contributing factor to massive attention, celebrity wear and the covers of magazines he managed to magnetize to almost absurdity early in his career. So: off we went with the debutante ball-themed show, the hysteria generated by the appearance of Adam Lambert singing “Nessun Dorma” only receded slightly, given the circumstances. As audiences absorbed the strange coincidence that a representative of the band Queen was now singing to us, Reed’s models proved that it was indeed possible to slip into creations involving hobble skirts and 10ft wheel head pieces. wide.

Earlier, in his studio atop the London Standard Hotel, Reed told how his inspiration was a cross between Victorian crinolines and the glitzy days of drag clubs in New York. He has a bold sense of undeniable optimism, which he attributes to his American upbringing. This can be seen in the scale of his ambition to make clothes that aspire to haute couture, or at least his look. Adjusting the garments to the body to be inspected in motion and in circles presented a technical obstacle, not quite a leap, if one was picky in Paris. But again, Reed’s resilient American cheerleaders were a major asset to have around London in times of crisis. This halo of goodwill creation around Reed had fans at the rafters cheering.