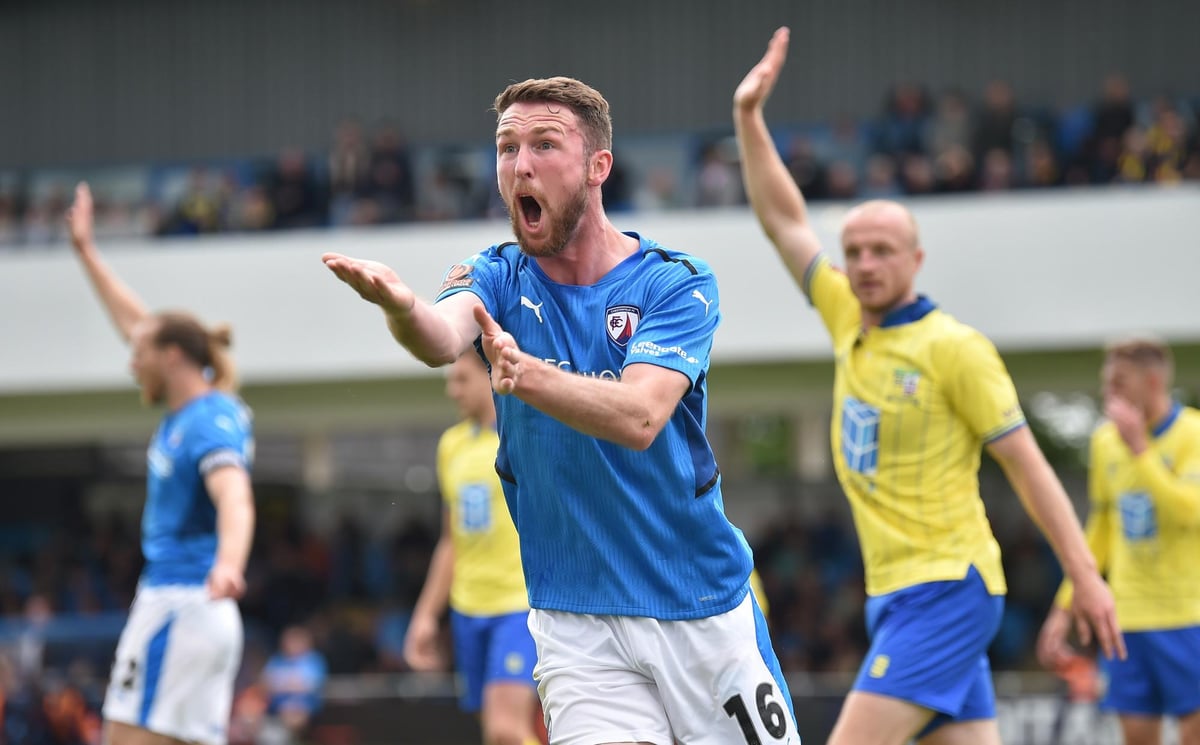 The fighting midfielder signed for Darren Sarll’s men after leaving Chesterfield in the summer.

And he’s confident the Cardinals have what it takes this season to upset the National League.

“I have a lot of experience in this league and I’ve been in three play-off campaigns without being promoted,” he said.

Register to our daily newsletter

Jim Kellerman is aiming for promotion glory after signing for Woking following his departure from Chesterfield in the summer.

“I know what it takes and the little details that are needed in a tough season and a tough league.

“I think we can achieve that (make the play-offs) and be able to surprise a few this season.

“It would be great to finally get promoted. It’s such a flip of a corner when you get to the play-offs.

“We would like to get the automatic place, but we know how difficult it is and how consistent you have to be.

“A lot of other teams will think the same. As long as we maintain our level of football, everything will be fine.

It was that level of ambition that, Kellerman admits, helped convince him to enroll at Laithwaite Community Stadium.

“It’s great to be here and I’m glad it’s been sorted out,” he added.

“I’m delighted to be here and I can’t wait to get started. The club has ambition and that made me want to join.

“They’ve reflected that with the players they’ve signed and the manager has very similar beliefs and ambitions to mine.

“The team are on the same page and that’s a credit to the manager. It was an easy decision to join us.

Kellermann, 26, came through Wolves academy before joining Aldershot Town in 2016.

The central midfielder made 67 National League appearances over two seasons before moving to St Mirren.

He has since had spells at AFC Fylde and Kidderminster Harriers before joining Chesterfield last summer.