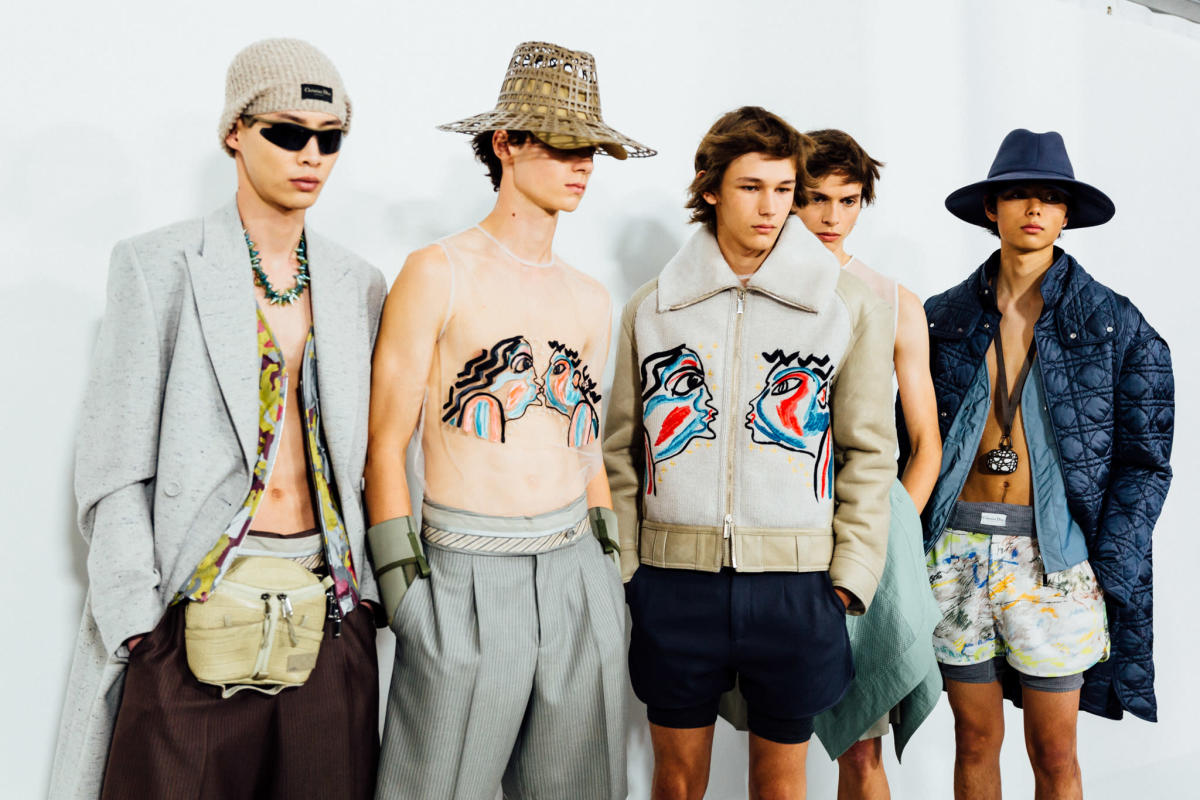 You could feel the garden room of the Dior men’s show even before you saw it: 19,000 vertiginous plants dotted a real lawn inside the place, a marquee erected on the grounds of the church and the monastery of Val-de-Grâce in Paris, where the flowers will be planted after the event.

At either end of the trail were two houses: smaller-scale reproductions of Christian Dior’s childhood home in Granville, France, and Charleston, the farmhouse in England that Bloomsbury Group painters Duncan Grant and Vanessa Ball transformed into a living work of art, beginning in 1916.

Kim Jones, artistic director of menswear at Dior, has redoubled her efforts in her exploration of the house’s history on the occasion of its 75th anniversary. Having discovered both Dior and Grant as a teenager, he was struck by the similarities between the two, born on the same day, 20 years apart.

“I just thought it was interesting to have a conversation between two men who had a big impact on my life who I’ve never met,” he said, noting that they were both living in large houses that revolved around gardens and dedicated their lives. to art and beauty.

It was the starting point for a collection that blended sleek cuts, inspired by Dior’s groundbreaking New Look, with gardening and hiking influences, in the form of technical outerwear, some embellished with prints. drawn from Grant’s artwork and furniture designs.

Works on display included his “Lilypond Screen”, made around 1913, one of many works by the Bloomsbury Group in the designer’s private collection. Jones also had unprecedented access to the 10,000 works of art held by the Charleston Trust, many of which have never been seen publicly.

“I just picked things that I personally really liked about his work,” he said, referring to the “Musicians” painting, reproduced on a sweater, and an embroidered fan motif on a cotton top. sheer tulle. Jones drew equally from the Charleston collection and his own. “Eventually, all my stuff will become theirs anyway. That’s what I intend to do with all of this,” he said.

There were elements of Grant’s personal style, like the straw hat he wore to paint, rendered by milliner Stephen Jones in a 3D-printed version in an openwork pattern inspired by Dior’s garden pergola. In a similar vein, the brand’s signature cannage motif has been sculpted and molded into futuristic sandals made from a single piece of recycled rubber.

“There’s a lot of technicality in there because I didn’t want it to look historic at all. I wanted it to feel current,” Jones said.

In one of its most surprising collaborations to date, Dior has collaborated with Mystery Ranch, which bills itself as the maker of “the world’s best load-bearing gear”, on a series of utility saddle bags, belt bags and backpack. For those who don’t like technical equipment, the backpacks come with finely embroidered removable covers.

Then come the versions of the Dior Bar jacket, made of semi-transparent silk organza that reveals the construction of the garment. Jones also offered a new version of his side-buttoned oblique suit, with suit jackets featuring a layered lapel that looked like a pair of buttoned sleeves.

With its soft gradations of dusty pinks, pale grays and pastel hues, the outfits were grounded in the natural world and its ever-changing light, though unlikely to be put to the test outdoors. . For this brand of chic workwear, you don’t need to have a green thumb.