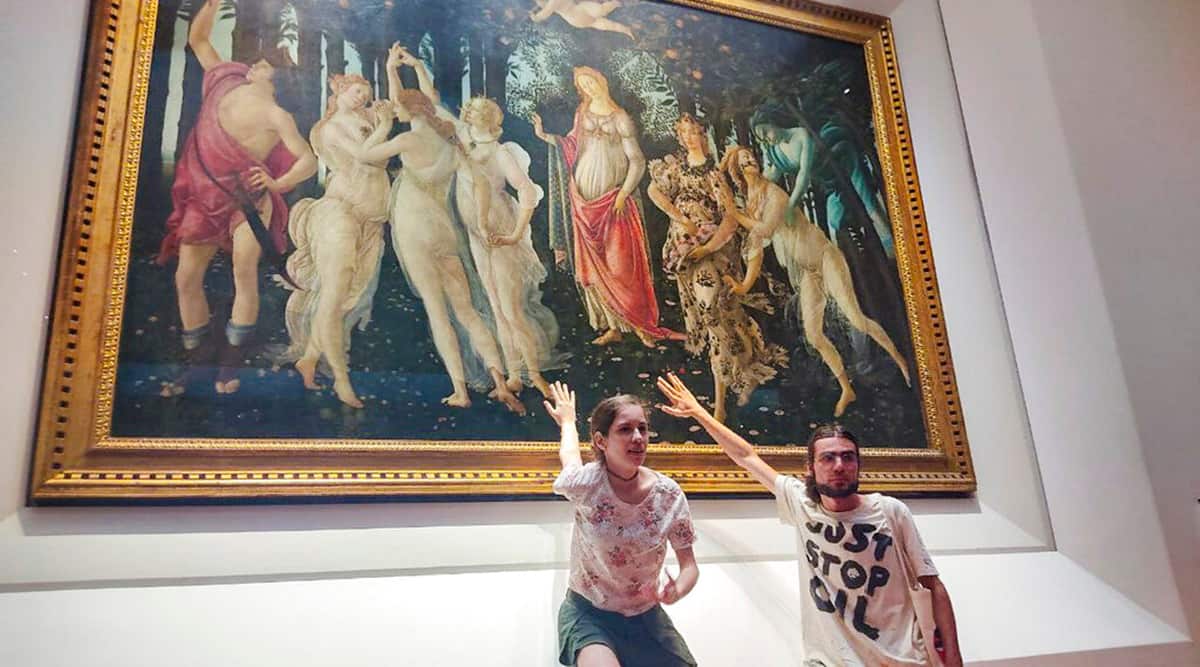 Demonstration at the “Spring” of the Uffizi but painting not damaged

Italian environmental activists stuck their hands on Friday to the glass protecting Sandro Botticelli’s “Spring” painting in the Uffizi Galleries in Florence, police said. The museum said that thanks to the glass, installed as a precaution several years ago, the masterpiece was unscathed.

Together with the other masterpiece of the Florentine artist, “Birth of Venus”, the two emblematic canvases, dating from the end of the 15th century, are among the most popular works of art in the museum. The painting is large, measuring 10 feet 6 inches by 6 feet 9 inches (319 cm by 207 cm).

Carabinieri police said two young women and a man, all Italians who had purchased entry tickets, staged the protest in the Uffizi hall dedicated to the painter. Activists sat on the ground and displayed a banner that read “Last generation without gas without coal”, police said.

The glue has been safely removed from the glass.

The Corriere della Sera newspaper quoted the activists as saying in a statement: “Today, is it possible to see a beautiful spring like this?

The three were taken to a police station in Florence. Italian media said the activists had received official orders to stay out of the tourist town for three years, using a strategy in Italy similar to that often applied to violent football fans.