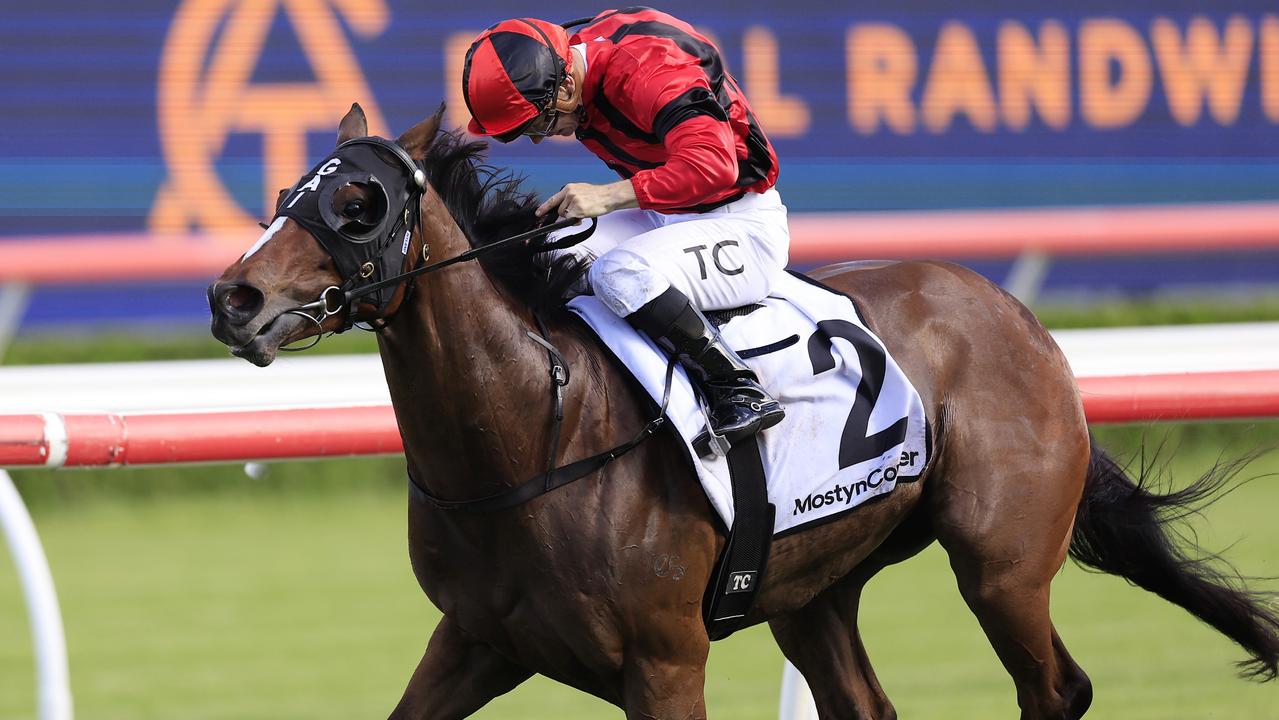 Converge and In The Congo are ready for big spring campaigns, says jockey Tim Clark

Tim Clark put band artists 1 Converge and In The Congo through their paces at the Warwick Farm trials on Monday and was impressed with both gallopers.

Clark will partner Converge when Frankel’s son resumes in the Group 2 Tramway Stakes (1400m) at Randwick on September 3 while In The Congo will campaign in Melbourne this spring, starting with the Group 2 McEwen Stakes (1000m) at The Valley on the same day.

Converge was the first in the trial on Monday, closing in style to finish third behind stablemates Dajraan and Sacramento in a 1209m heat.

SPRING CARNIVAL SPECIAL: UNLOCK EVERYTHING ON RACENET FOR JUST $1

“It’ll be a Waterhouse/Bott hat-trick to try one”

Dajraan leads all the way by winning a trial at Warwick Farm on Monday, beating Sacramento and Group 1 winner Converge finishing strongly in third as he works his way to the $10 million Golden Eagle. @GaiWaterhouse1@tabcomaupic.twitter.com/nQW7ZaMGrp

“I think he’s doing as well if not better than he was last prep,” Clark said.

“He peaked in third place last time when he beat Anamoe in the Randwick Guineas and then hit a few wet runs and his form tapered off.

“He had a light three-year spring campaign when he went rogue and I think that probably meant he just didn’t have the constitution to sink into the fall.

“Now he’s a bit more mature, he’s had a great lead in this campaign and I think that will help him maintain his form for a bit longer in the build-up.

SPRING CARNIVAL SPECIAL: UNLOCK EVERYTHING ON RACENET FOR JUST $1

Converge is set to resume in the Tramway Stakes. Photo: Mark Evans/Getty Images.

Converge’s primary spring target is the $10m Golden Eagle (1500m) at Rosehill on October 29 and TAB.com.au has the gelding listed as an $11 chance behind equal favorites $8 Illation and Light Infantry.

“He’s got good preparation ahead of him,” Clark said.

“He’s starting in the Tram then a weight-for-age race in the George Main, back to handicapping for Epsom, then he’ll be looking to try and do what Kolding did and go to the Golden Eagle.”

Last year’s Golden Rose winner In The Congo wins a trial at Warwick Farm on Monday, on their second try this concoction, beating Yes Baby Yes and Rubinocchi. @GaiWaterhouse1@tabcomaupic.twitter.com/16PD1ht696

“As a precocious horse he wanted to do things in a hurry, but now he’s really relaxed and has become a really cool guy.

“He came on his first try, he felt much better today, as you would expect with this natural improvement.

“He feels good and back on dry ground this spring, he can get back to his three-year-old spring form.”

TAB.com.au has listed In The Congo as an $8 chance in the Moir Stakes and Manikato Stakes. In The Congo launches its campaign in The Valley on September 3. Photo: Mark Evans–Getty Images.