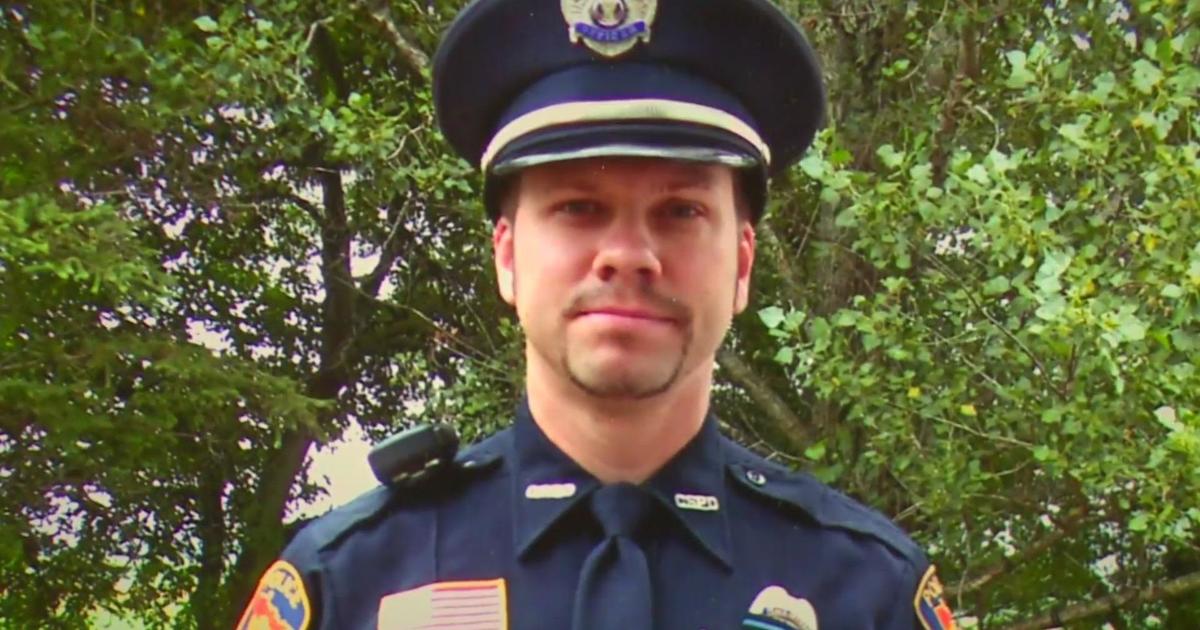 COLD SPRING, Minnesota — It has been nearly 10 years since Officer Tom Decker was shot and killed in the line of duty.

On November 29, 2012, Decker was responding to a welfare check outside Winners Bar in Cold Spring, when he was ambushed and killed in the parking lot. A person interested in his death committed suicide in 2013 and the investigation was closed in 2018.

“He was always the one who wanted to help people and I think that’s what people will remember him for,” said Rosella Decker, Tom Decker’s mother.

She said her son’s dream job was to become a police officer in Cold Spring.

“When he was little he got lost once in Crossroads and a policeman came and sat with him until his sister came to find him. And that must have made a very big impression on him,” said Rosella Decker.

November 29 will mark 10 years since Decker, a father of four, was shot and killed outside Winners Bar. It’s a day that Rosella Decker will never forget. These days, she often visits her son’s grave in St. Nicholas.

“They ask – how are you feeling? There are no words for it,” Rosella Decker said. “It could be like yesterday, you know.

That’s what a lot of people still feel. Including Paul Waletzko.

Waletzko has an idea for a permanent memorial: a 4-foot statue that would sit on a granite base, much like memorials found in other cities.

It would be placed in front of the town hall. And that would honor not just Officer Decker, but all law enforcement officers who serve the community.

“Yes, it’s a memorial to Officer Decker and his sacrifice, but also a big thank you and thank you from the community to those who served and put their lives on the line,” Waletzko said.

The goal is to raise $60,000, but in a short time they have already raised close to $30,000. It’s a testament to the support the city has shown the Deckers. When people see the memorial, Rosella Decker hopes they will think of her son and others who have worn the uniform.

“This cop has family, a wife and kids. He’s just there to help and keep people safe,” Rosella Decker said.

Organizers hope to have enough money to build the memorial by November 29, the 10th anniversary of Officer Decker’s death. They have a GoFundMe page set up and donations can also be made through Granite Bank in Cold Spring.

John Lauritsen is an Emmy Award-winning journalist from Montevideo, Minnesota. He joined WCCO-TV in late July 2007. Two days after he started, the Interstate 35W bridge collapsed.