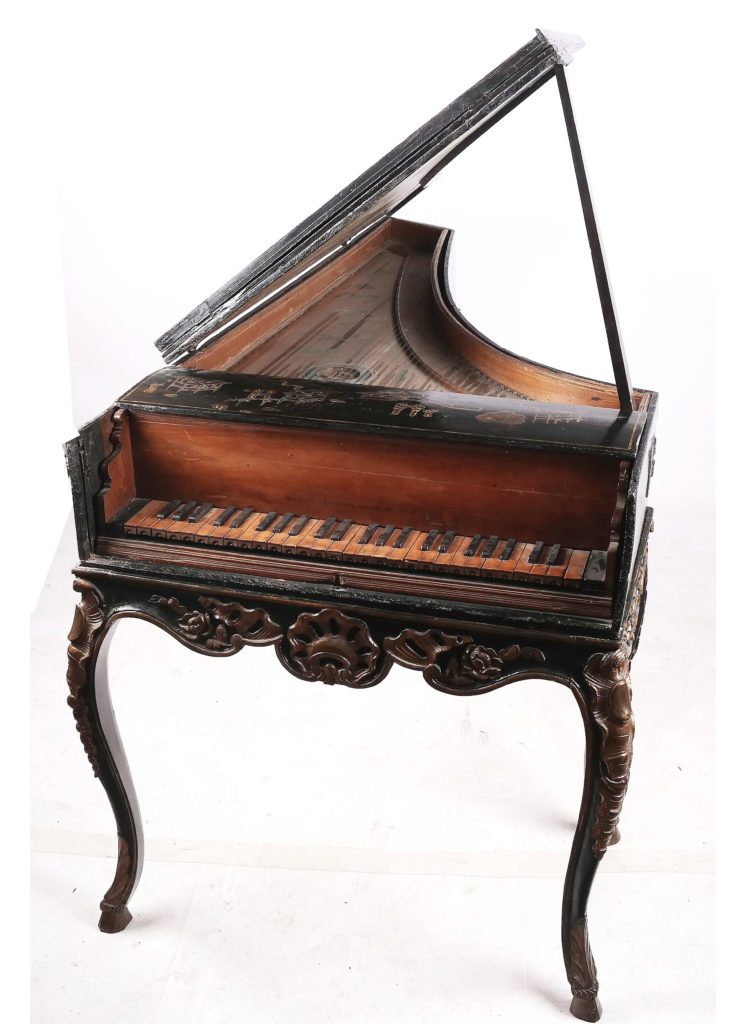 This chinoiserie harpsichord, also formerly in the Irving collection, was created around 1689 and sold for a price exponentially higher than its estimate of $68,750.

GLEN COVE, NY – Roland Auctions NY held its highly successful two-part auction on May 20-21, with the combined sales grossing $2 million and marking Roland’s highest-grossing sale so far this year.The main attraction was a superb collection of Chinese decorative arts from the estate of Sysco Foods co-founder Herbert Irving and his wife Florence, founders of the Asian wing of the Metropolitan Museum of Art. Sharing the limelight was the one-of-a-kind collection of Palm Beach socialite June Hirsch Jones, a former Upper East Side gallery owner who sold high-end postwar art, Chinese art and antiques. The auction mainly focused on Asian art, decorative objects and Asian antiques, as well as a selection of exquisite high-end jewelry, contemporary art and furniture, Dale Chihuly glass pieces and Peking rugs.

Heated bidding surrounded many highly anticipated items, including a set of eight Japanese reproduction ink drawings from the Irving estate, which sold for $225,000. It was the first lot of the second sale and the highest lot overall, bought in person by a local Asian bidder in New York. The third-highest lot in the first sale came from the same collection, a pair of uncalcified Chinese jade biform circles that hovered around the $300/500 estimate to hit $31,250. The Irvings also received a collective prize consisting of two carved hollow cylinders, a small bowl and a solid alabaster cube which fetched $137,500.

The second highest lot was from the Jones Estate, a pale celadon imperial mei ping vase from the Yun Chen period. Purchased from Rare Art, Inc., formerly of Madison Avenue, the invoice included in the lot gives this vase the provenance of the Metropolitan Museum of Art. Marked at $2,400 in 1984, the vase sold for $187,500. An exquisite Chinese cinnabar lacquer bridal box from the Qian Long period was also from the Jones collection, still with its original invoice. Sold by Royal Phoenix Asian Antiques and Antiquities of New York for $5,500 in 1986, the box rose nearly 23 times its value to $125,000. 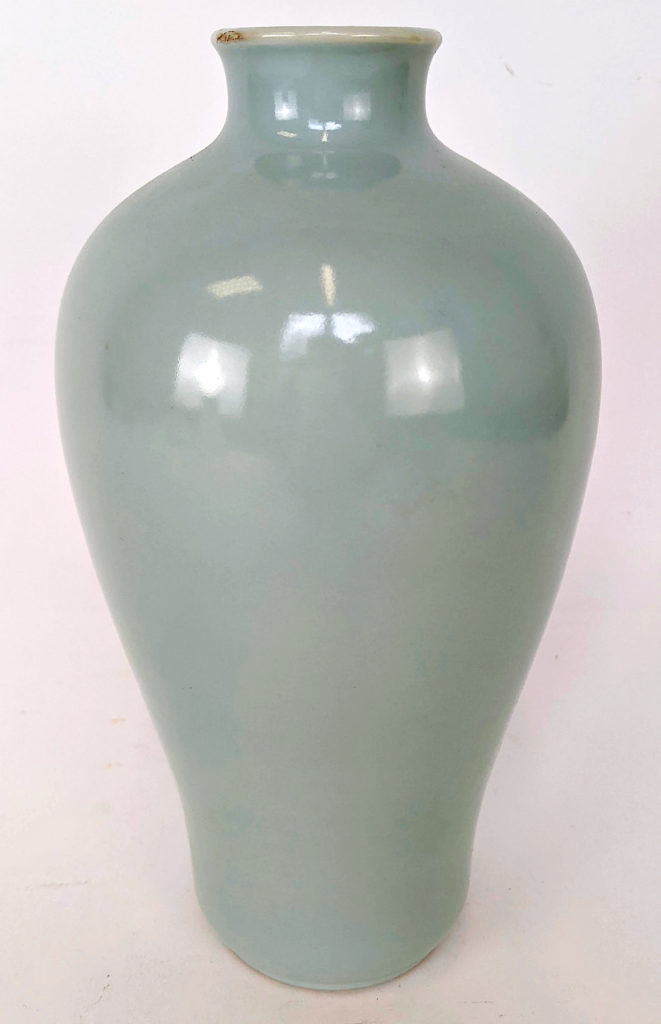 From the collection of socialite and merchant June Hirsch Jones, who recently passed away in December 2021, this imperial mei ping celadon vase was estimated at $2/3,000 but sold for $187,500.

The top lot of the first sale reflected the musical side of the Irving collection, a seventeenth-century harpsichord carved in the Georgian manner that featured chinoiserie decoration on its surface, as well as interior scenes of a landscape and birds on his soundboard. The instrument sold for $68,750, up from its estimate of $1/1,500. Behind this was a Steinway & Sons Model B concert grand piano, which sold for more than double its $12/15,000 estimate for $40,625.

Prices shown include the buyer’s premium as reported by the auction house. For information, 212-260-2000 or www.rolandantiques.com.