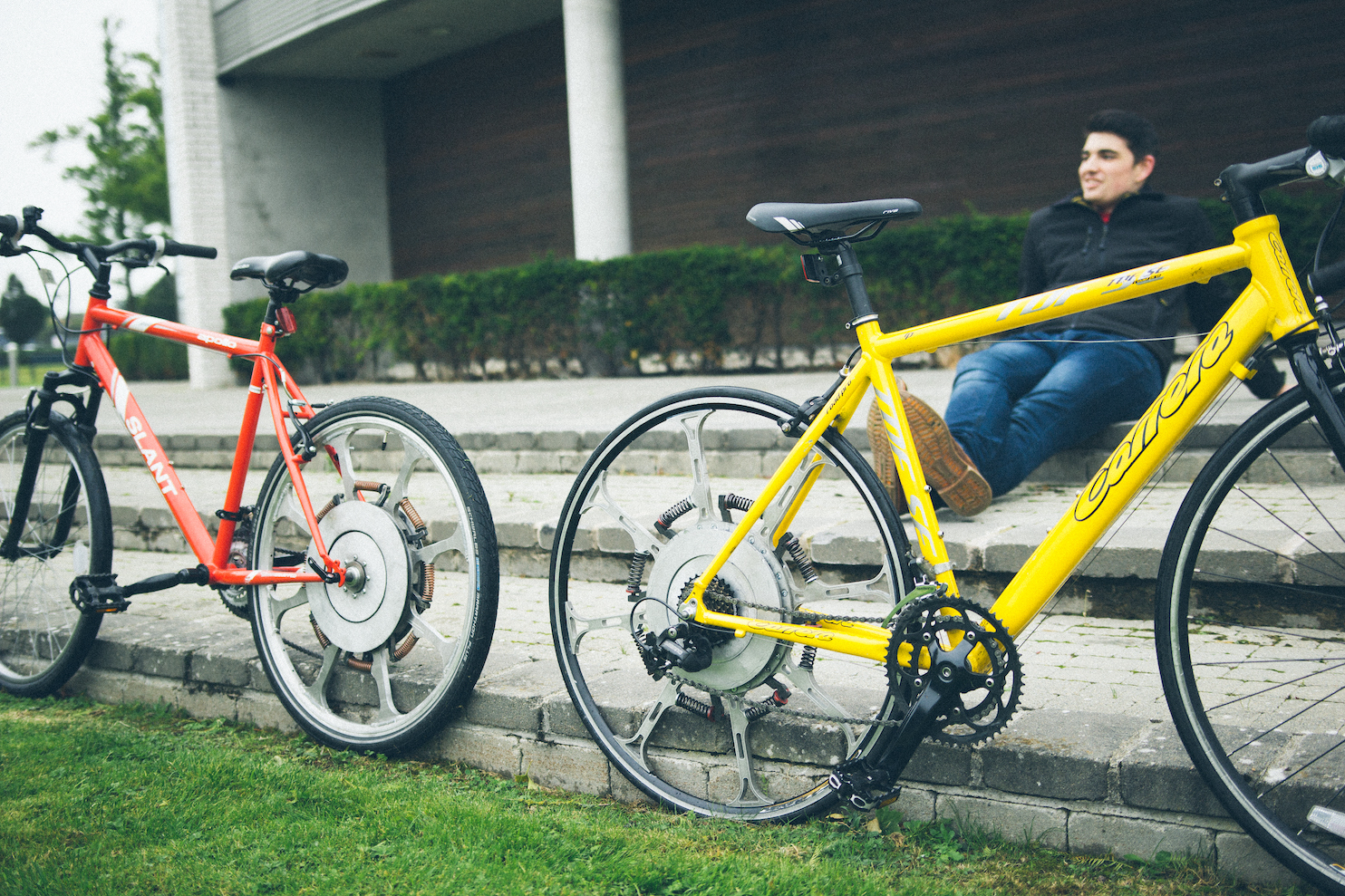 Can this spring bike “SuperWheel” work on the car to save gas?

An Irish designer has developed a bicycle wheel he calls the “Superwheel” that uses your weight to propel a bicycle. As it is a mechanical device, there is no electrical system. The movement of the cyclist is converted into energy. Could a similar wheel add range to an electric vehicle?

Who invented the Superwheel for bicycles?

The Superwheel is a development of Simon Chan. It uses patent pending “Weight to Energy Conversion Technology” or WTECT. The Superwheel was invented as an alternative to e-bikes for conventional bicycles. There is nothing to adapt. Just change the wheels and go.

By harnessing the rider’s weight in propulsion, the efficiency improvement is over 30% compared to a conventional bicycle wheel. It mainly consists of three parts, a spring, a lever and the internal drive. Of course, it takes eight of the spring/lever combos.

How does the Superwheel for bicycles work?

Simply put, the levers at the top of the wheel compress the springs while the lower springs decompress. This moves the wheel forward. Propulsion is created by the energy of this movement. According to the Superwheel video, “Using the center as a pivot, it converts energy and reduces frictional force in the opposite direction and makes it easier to spin.”

The whole wheel is light according to Designboom. As a result, it is easy to lift and simply attaches to any bike without any type of conversion. The range depends on your own stamina. And it also acts as a sort of suspension.

The benefit is therefore that with less physical effort, driving becomes more fun and more efficient. With only human power, bikes have found new ways to reduce weight to increase performance. But we haven’t seen any ways to convert actual weight into propulsion.

Could this work for cars?

So could it work for motorized vehicles, especially electric cars that require heavy batteries? Automakers try to reduce vehicle weight as much as possible to increase range. But converting that extra weight into propulsion would be a novel approach.

It’s not hard to imagine the Superwheel being scaled to handle the increased weight of a car. Maybe there should be two or three rows of lever/spring mechanism per wheel. And yes, the cost would increase over that of a fixed alloy rim. But could the gain in energy and range be worth the extra expense?

As for the bike Superwheel, versions of it are available for right at $500. To boost the effort, there is a crowdfunding page. If that turns out to be the advantage it seems to be, we’ll be hearing a lot more about the Superwheel.

RELATED: 2022 SUVs That Can Fit Your Bike Inside