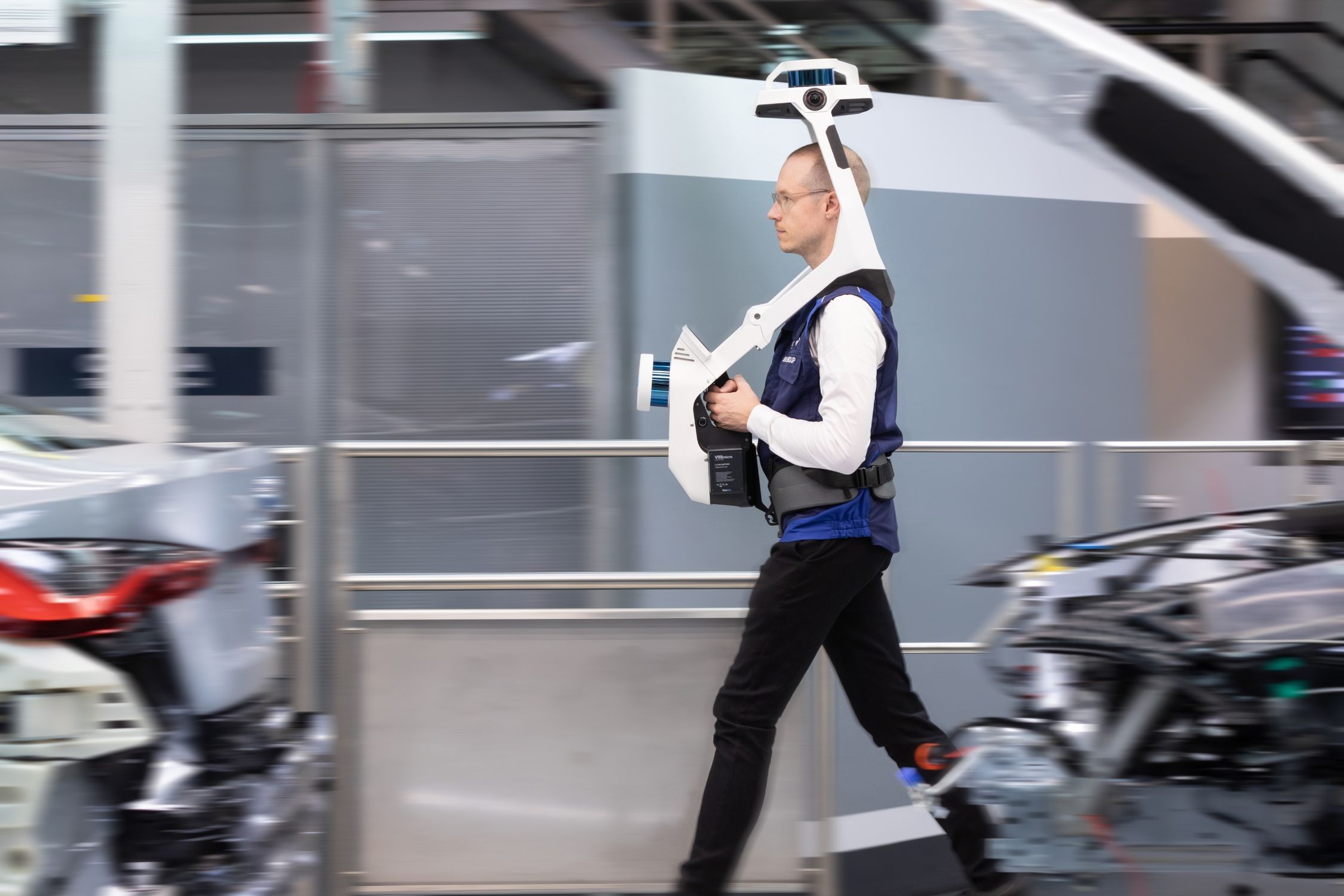 Earlier this year, the BMW Group presented BMW iFactory, its modern new strategy for the future of automotive production. The strategy involves building new factories as well as renovating new factories to meet their future electric mobility goals. BMW Group Board Member Milan Nedeljković put it this way: “Automotive manufacturing of the future requires a new holistic way of thinking. With our BMW iFACTORY, we are leading the way and setting new standards in terms of flexibility, efficiency, sustainability and digitization.

Needless to say, this is a massive undertaking, with the company looking to revamp all of its existing factories in addition to meeting these targets with all of the new factories produced. One of the first steps in this project will be to create 3D digital models for each of their existing factories, a process they expect to have completed by early next year. They have also already started, having scanned some of their larger factories, including one in South Carolina and another in Munich. To complement this, they turned to reality capture and German company NavVis to capture and scan the plants using its web-based platform, NavVis IVION Enterprise.

In cooperation with NavVis, the BMW Group uses mobile 3D laser scanners to create photorealistic panoramic images and accurate ground plants down to the smallest detail of the plant, including structures, facilities and outdoor areas. The data captured through these scans will allow the company to create a digital twin of factories to inspect them virtually. The use cases for these digital twins are countless, both in planning future factories being able to focus on specific areas of interest to determine what should and should not be improved, as well as for the renovations of existing factories. For example, the company will be able to “cut out” individual sections of 3D scans and make them available to external vendors, saving time and effort during the planning stages. They will also be able to collaborate much more efficiently through NavVis’ web-based platform, resulting in fewer errors being made in the process.

NavVis has quickly become one of the leading reality capture companies in this space, with their mobile scanning systems being used for a variety of use cases. Recently they announced a new partnership with AR company, Magic Leap, adding another layer of possibilities with digital twins using their technology. For this specific BMW project, the team is using the NavVis IVION platform. The software also allows users to manage multiple sites from a single account, certainly an advantage for a project like BMW’s with multiple large-scale installations analyzed and managed, and also allows administrators to assign different levels of permissions to different stakeholders for individual projects.

This is still an ongoing project for the BMW Group, which plans to carry out comprehensive analyzes of its factories in Dingolfing, Leipzig and Tiexi by September this year, with the aim of completing the project with factories in Mexico, South Africa, UK, and Dadong, China in Spring 2023. Beyond that, the company is also working on developing its own autonomous scanning robots to keep scans up to date without having to to dedicate additional staff time to the project. For future production structures, they will use the NVIDIA Omniverse platform for 3D designs and simulations. They have already started this process in the planning of a new vehicle factory in Debrecen, Hungary, already having the possibility to simulate the basic processes of the future factory in the virtual space.

The iFactory strategy is still in its infancy, but using technology from established reality capture and modeling companies like NavVis and NVIDIA, the future of BMW Group production sites looks solid.

2022-07-19
Previous Post: What does it mean, who opposes the thrust
Next Post: Broadway Cruise plans to set sail in spring 2023