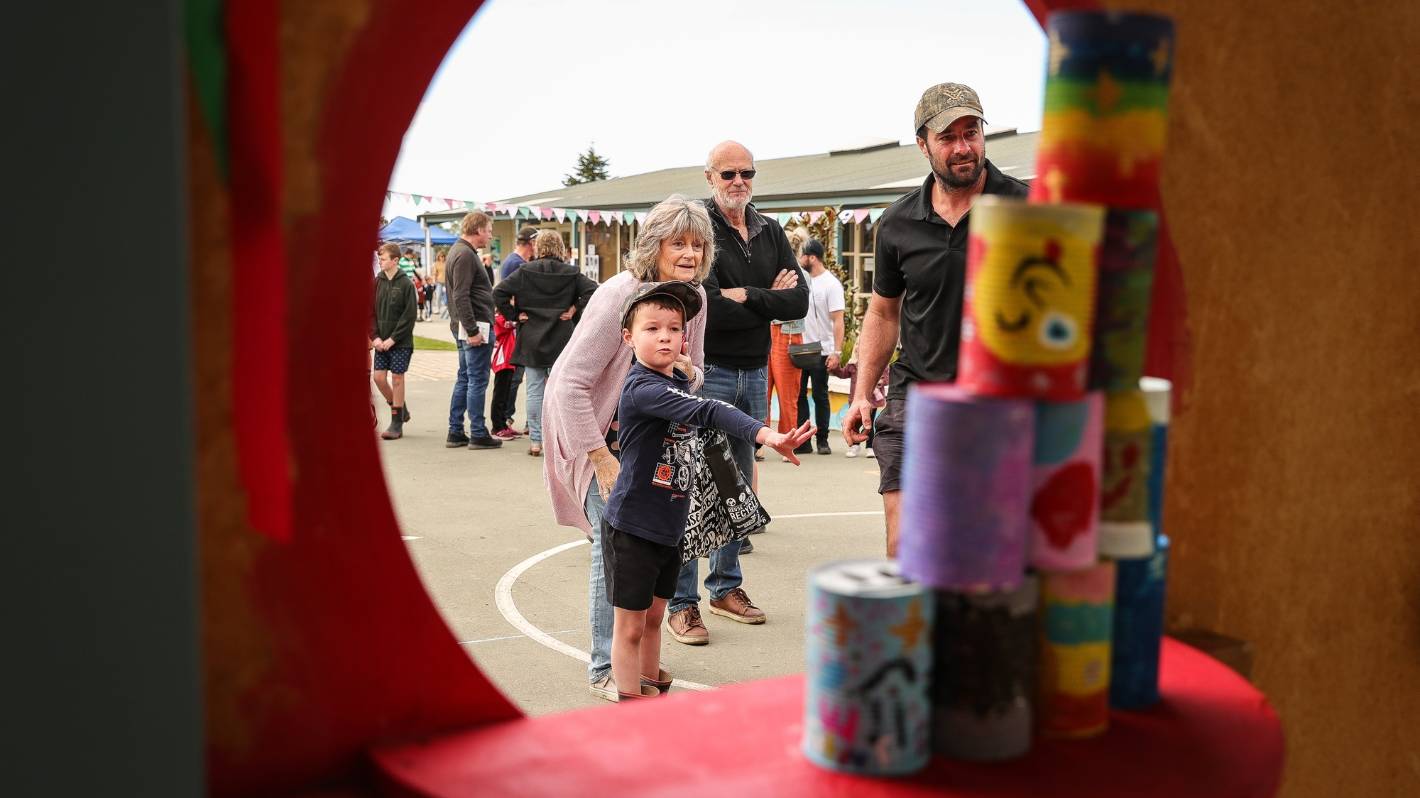 Chaiya Skea, 5, participates in the tin can toss at the Barton Rural School Spring Fair.

Coenie Bezuidenhout, the home and school president, said the turnout was fantastic as he guessed at least 300 people attended.

“We brought in a few people from Timaru to show their support,” Bezuidenhout said.

“The morning sun made for a really nice day and the rain sent a few people home, but people still came once the rain cooled things down a bit.”

Bezuidenhout said the fair was good for the region and most community members came to show their support.

“It was quite surprising to see people waiting at the door before it opened, there was already a line forming before the event started.”

“The event was great, and the team effort behind the event is amazing, there’s a lot of hard work going into these events.”

The spring fair returned after four years, as Covid-19 and the rules with the events left the organizers in a difficult situation, so it was decided to suspend, Bezuidenhout said.

The scarecrow contest was a fan favorite for the day, with families strolling through the community to watch the entries, he said.

He said nearly 50 scarecrows had been made and were in rural communities in Fairview, Claremont and surrounding areas.

“…families come out and try to find them and guess what they are.”

In 2020 the school was able to host the scarecrow contest but not the fair due to Tier 2 alert rules.

In 2018, the scarecrow contest ran into trouble when two scarecrows went missing. At this point, all are counted for this year, Bezuidenhout said.

The scarecrow contest is a major fundraiser, as members of the public pay to vote for the winners.

The money raised will be used to create a lounge area outside the school library.