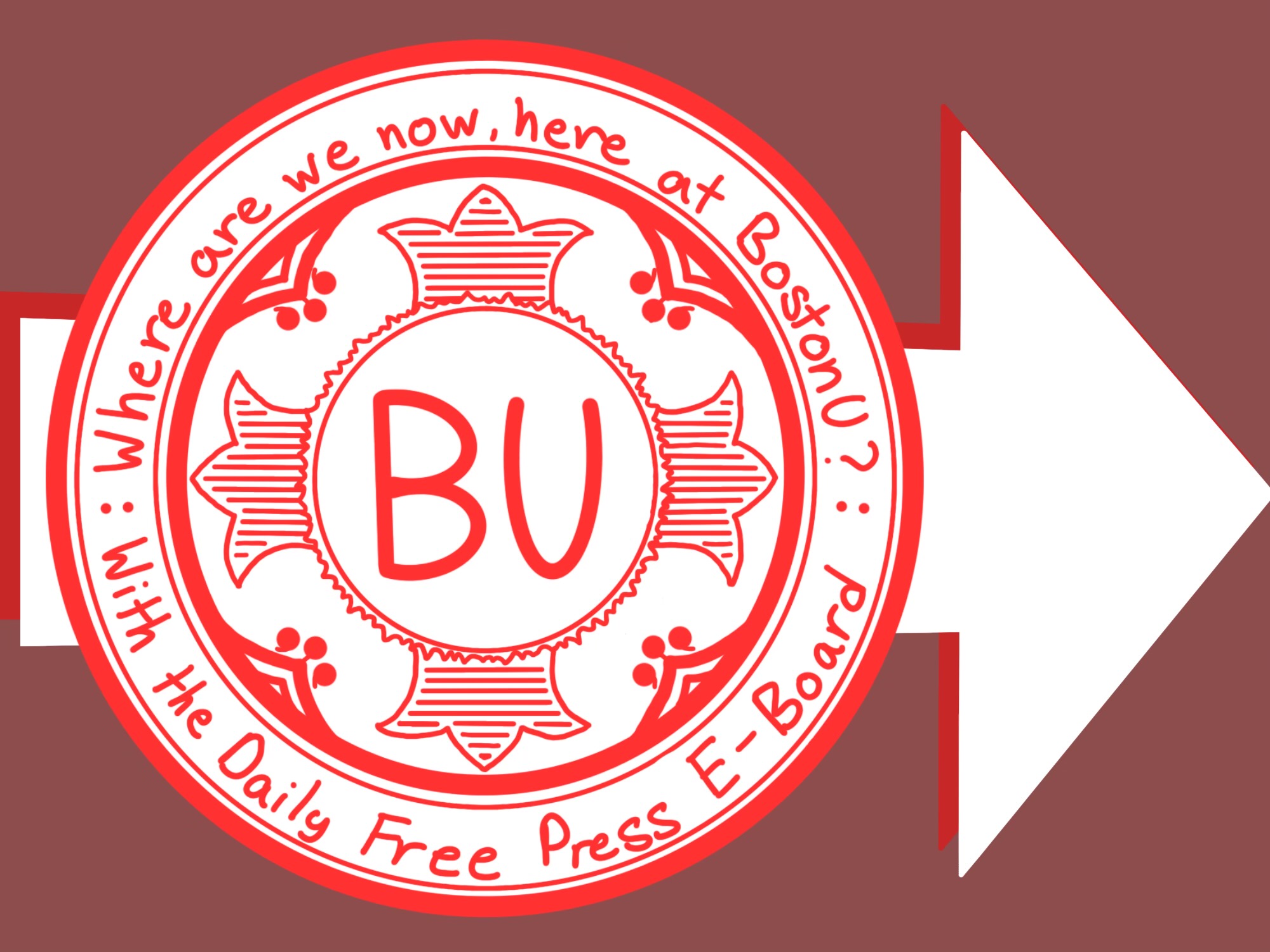 As this spring semester draws to a close, the Editorial Board of the Daily Free Press has taken a step back to assess the “state of the university” and reflect on some of the issues and events that have shaped life at the Boston University in what is – arguably – the first post-pandemic semester.

Going into the semester, one would have assumed that COVID-19 would continue to be a major part of everyday life. And while that’s still true for some people and in some situations, compared to recent semesters, this spring has probably felt like the most “normal” college experience most students have seen so far.

All things considered, BU administrators have been able to navigate the transition from the pandemic semester to something resembling a normal period. They accomplished this transition while maintaining some of the pandemic measures, like free testing and masking in classrooms.

Some things, however, weren’t handled so well. Our isolation accommodation was apparently never fully thought out or properly executed. Students are forced to accept zeros on final exams due to the school’s lack of accommodation for isolated people. This aligns with BU’s insistence on doing all classes in person.

While many other schools have been forced to walk away at some point in the semester and some other schools have decided to eliminate testing for students, the University has so far walked the line between these two modes. of thought elsewhere in higher education.

The Daily Free Press revealed several cases of alleged misconduct by professors and professors throughout this semester and last fall. In numerous cases documented this year, most recently and notably with the allegations made against College of Communication assistant professor Christophor Cavalieri, the results of internal investigations that may have revealed potential misconduct were not shared publicly.

Although this is common practice in higher education, it is one that perhaps should be reconsidered.

In COM Dean Mariette DiChristina’s letter to students following the release of the Cavalieri investigation, DiChristina explained how the school’s privacy policies prohibit them from disclosing what the University found in its investigation of Cavalieri.

This is understandable, but if a university potentially has information that reveals some students may be in an unsafe environment, it has a moral obligation to disclose that information to its student body. It’s unclear what kind of information BU has found in its internal investigations, or if it has any such knowledge, but its practices create a possibility for it to happen.

Students expect transparency from their university when dealing with allegations of sexual misconduct. When their university in turn behaves like Morgan Stanley, refusing to release information, you can assume mistrust will set in.

These allegations revealed by the Daily Free Press are not unique to BU. All institutions of a certain age and size will have skeletons in their closets. Many universities have dealt with these issues in the past, seek to Harvard for a recent example.

Another high-profile event of the semester was the University’s struggles with over-enrollment. According to a statement earlier in the semester from BU spokesman Colin Riley, the university was over-enrolled by 4,000 students. This oversight resulted in a host of headaches for students. This means that fewer students were allowed by BU Housing to change rooms as well as other less severe impacts like overcrowding on transport and in common areas.

For the incoming freshman class in fall 2022, the university said it is employing “performance of production models” to prevent this from happening again. But given that the university has allowed this to happen for three consecutive semesters, it’s unclear if they’ve got the situation under control yet or if these “patterns” will actually fix the problem.

Although President Robert Brown has publicly stated that excessive enrollment is “bad for college,” there are clear financial benefits to adding more to your student body, so who knows how committed they are to solving this problem. .

Overall, “state of the university” is good. BU certainly has room for improvement, but there are signs that things will improve. Take the example of Student Health Services. At the start of the year, complaints were made about understaffing and high wait times. For the most part, students now report more satisfying experiences with SHS.

There are issues to be resolved and I hope BU is listening and will work to resolve them.