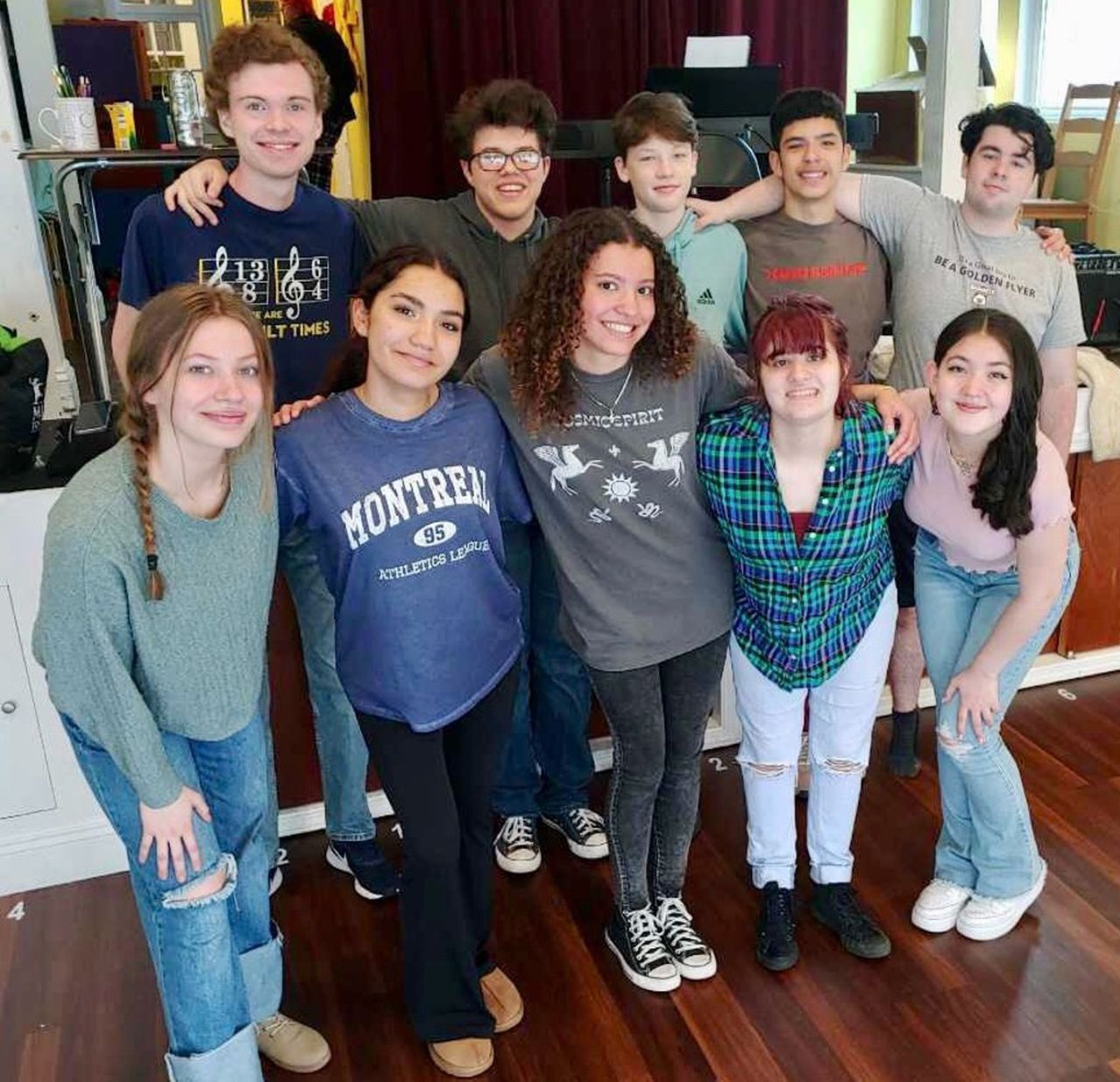 STATEN ISLAND, NY – Spring has arrived, the flowers are in bloom and Staten Islanders are enjoying seasonal plays, concerts and parties.

For starters, Staten Islander Gavin Matthias will bring his “unoriginal musical,” “The Fourth Wall” to this year’s New York Theater Festival for three performances beginning Tuesday, May 10, May 11, and May 14 at Teatro Latea, 107 Suffolk St. the Lower East Side of Manhattan.

The new musical with book, music and lyrics by Matthias, follows senior high school life during the last week before graduation.

There’s a catch, though – the whole show is cliche.

A narrator guides the audience through the unfolding events as the show satirizes the standard Broadway musical formula to which it pays homage.

A LITTLE ABOUT GAVIN MATTHIAS

A performer, multi-instrumentalist, composer/lyricist and director, Matthias wrote his first musical titled “Downtown” last year, which was performed at Travis’ Little Victory Theater. A graduate of Curtis High School, he is currently a sophomore in music at Fordham University at Lincoln Center.

Matthias has had starring roles in Spotlight Theater Company productions of ‘Our Town’, ‘Shrek’, ‘Jesus Christ Superstar’, ‘Seussical’, ‘Elf’ and ‘Peter Pan’. He said that Spotlight Theater Company was very special to him and notes that he is eternally grateful to MaryLee Aloia and Jacques Stewart for providing him with an artistic home and rehearsal space for “The Fourth Wall”.

Tickets are $25 for general seats and $45 for VIP seats. THE FOURTH WALL: A UNIQUE MUSIC – Innovation Tickets

Staten Island OutLOUD and the Noble Maritime Collection have teamed up to explore the poetry of Joy Harjo, the first Native American writer to be honored as a United States Poet Laureate – and “Native American Whalemen and the World,” a Nancy story Shoemaker.

And while the story of Native American sailors is itself fascinating, few people know about the talent and accomplishments of these brave individuals. Organizers ask attendees to meet at the Noble Maritime Collection, located on the grounds of the Snug Harbor Cultural Center and Botanical Gardens, on Saturday, May 7 at 2 p.m.

“This is an opportunity to learn more about this side of our nation’s history,” said Beth Gorrie, founder of Staten Island OutLOUD. To visit www.noblemaritime.org

Special guests at the event will be investigative journalist Stephanie Woodard, who will feature photos of Staten Island native Joseph Zummo. Woodard has written extensively on Native American society and culture.

Ray Heffernan, organizer of the Hamilton Park House Concerts, welcomes back British singer/songwriter Graham Parker on Sunday, May 8 at 4 p.m.

Dubbed the best-kept secret in the west, the outdoor concert will take place in the backyard of 29 Harvard Ave. in New Brighton.

Tickets are priced at $45 in advance.

Call 718 815-0815 for reservations and additional information or email Heffernan at rayheff@mac.com

The payment options are: www.paypal.me/rayheffernan454Venmo to Ray-Heffernan, “zelle” to rayheff@mac.com or checks can be mailed to, Ray Heffernan, 29 Harvard Ave., Staten Island, NY 10301.

2022-05-04
Previous Post: The Spring Balancers Market is Expected to Witness Significant Growth in the Near Future
Next Post: GATEWAY TO NATURE: Spring Frog Chorus