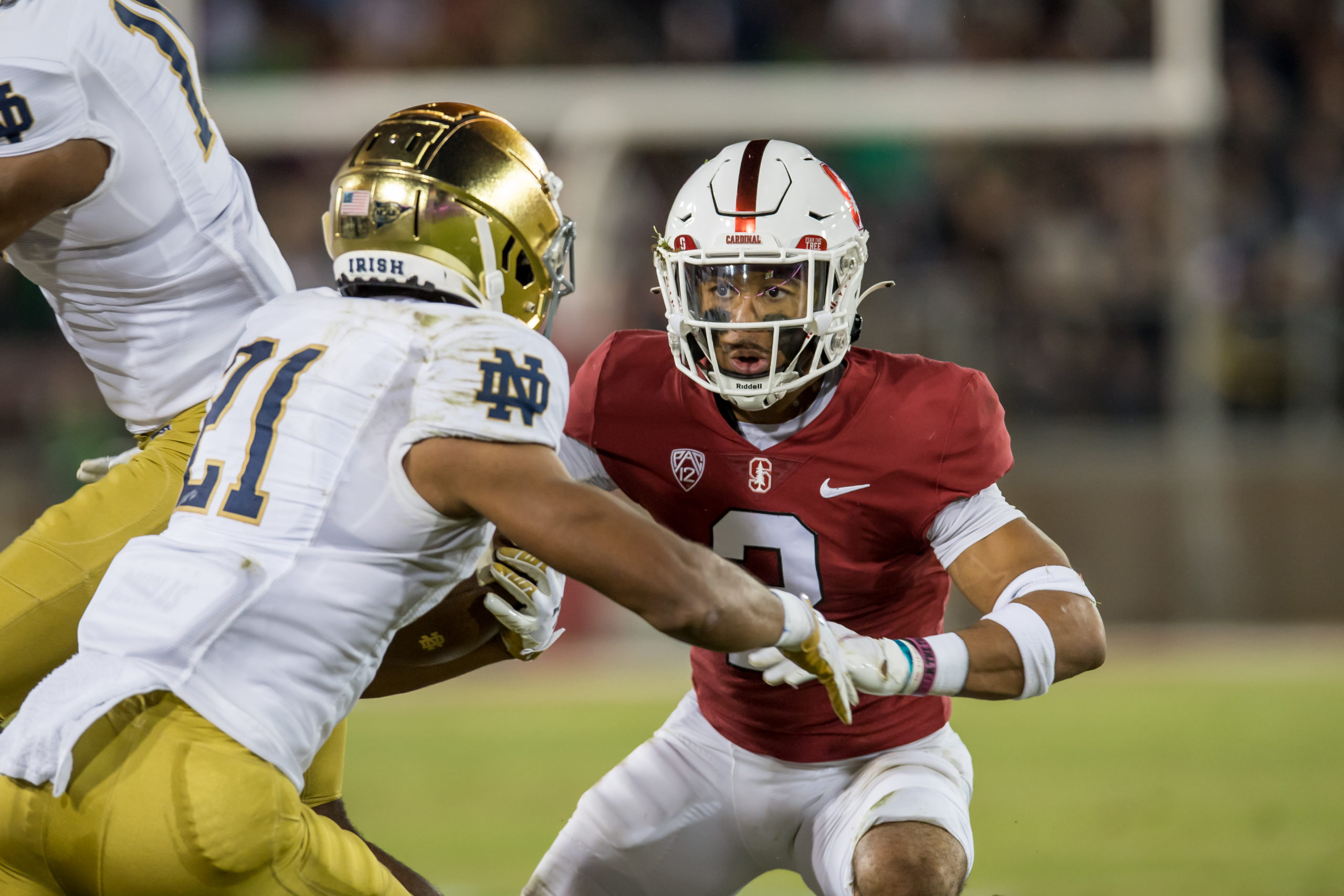 For a Cardinal defense that struggled to eliminate runners and limit explosive plays last season, this was the first step to putting the past behind them. And it happened.

Senior safety Jonathan McGill fended off an interception from junior quarterback Tanner McKee in seven-on-seven practice. Supported on the goal line, the defensive line battled to keep junior running back EJ Smith out of the way. the end zone, stopping him twice. And on the final practice play, junior defensive lineman Zephron Lester forced a turnover by beating a pass from junior quarterback Beau Nelson and his teammates swarmed him in celebration.

“The defensive line, we have young and experienced guys. But they work hard, make plays,” said head coach David Shaw. “Some of these racing games today were hard luge – which is great, that’s what we want.”

All eyes are on the Cardinal’s defensive line this offseason — and it’s not just because of Stanford’s lackluster performance on defense last year. The team made a significant schematic change at the end of the 2021 season when it moved to a four-man defensive front.

“I think it really suits our guys,” Shaw said. “We eliminated some things [to] make learning a little easier for the younger ones.

The transition to a 4-3 defense might also better suit Stanford’s defensive staff.

“They’re not the biggest group physically,” defensive coordinator Lance Anderson said in an interview last Sunday. “We just want these guys to play fast. We want to leave the ball. We want to get into the backfield. We want to be disruptive.

The Cardinal’s two biggest defensive linemen, defensive end Thomas Booker ’22 and defensive tackle Dalyn Wade-Perry ’21, have declared themselves for the NFL Draft, and no defensive player on the roster this year weighs over 300 lbs. A four-man front will give Stanford’s lighter, faster defensive linemen more numbers at the line of scrimmage and a better chance of holding the line.

The task of “partying in the backfield” will fall to “EDGE” players — a newly redesignated spring roster position that combines Stanford defensive ends and outside linebackers. Anderson said Stanford’s point defenders would take on both passing and covering responsibilities in the first seven.

“Those guys on the edge, they might be more of the defensive/passing-rush type, but we’re still going to incorporate those guys into some drops like we would into a 3-4,” Anderson said. “They’ll have a bit of both.”

Some of Stanford’s most talented underclassmen wait backstage in peak position. Sophomore Aaron Armitage and freshman David Bailey, who headlined Stanford’s last two recruiting classes as the highest-ranked passers in high school, have both shown their potential this spring, Shaw and Anderson said.

“I’m very excited about the young guys,” Anderson said. “I think they bring a certain size, a certain strength and a certain explosiveness to the position.”

Time will tell if Stanford’s adjustments can resurrect a defense that ranked near the bottom of the FBS last season. But between a new base package and an influx of young talent, the Cardinal defense looks decidedly different next year. They just need to get up to speed.

“We’re just working on our basic stuff and getting better and better at playing the base,” Shaw said. “We did a good job.”