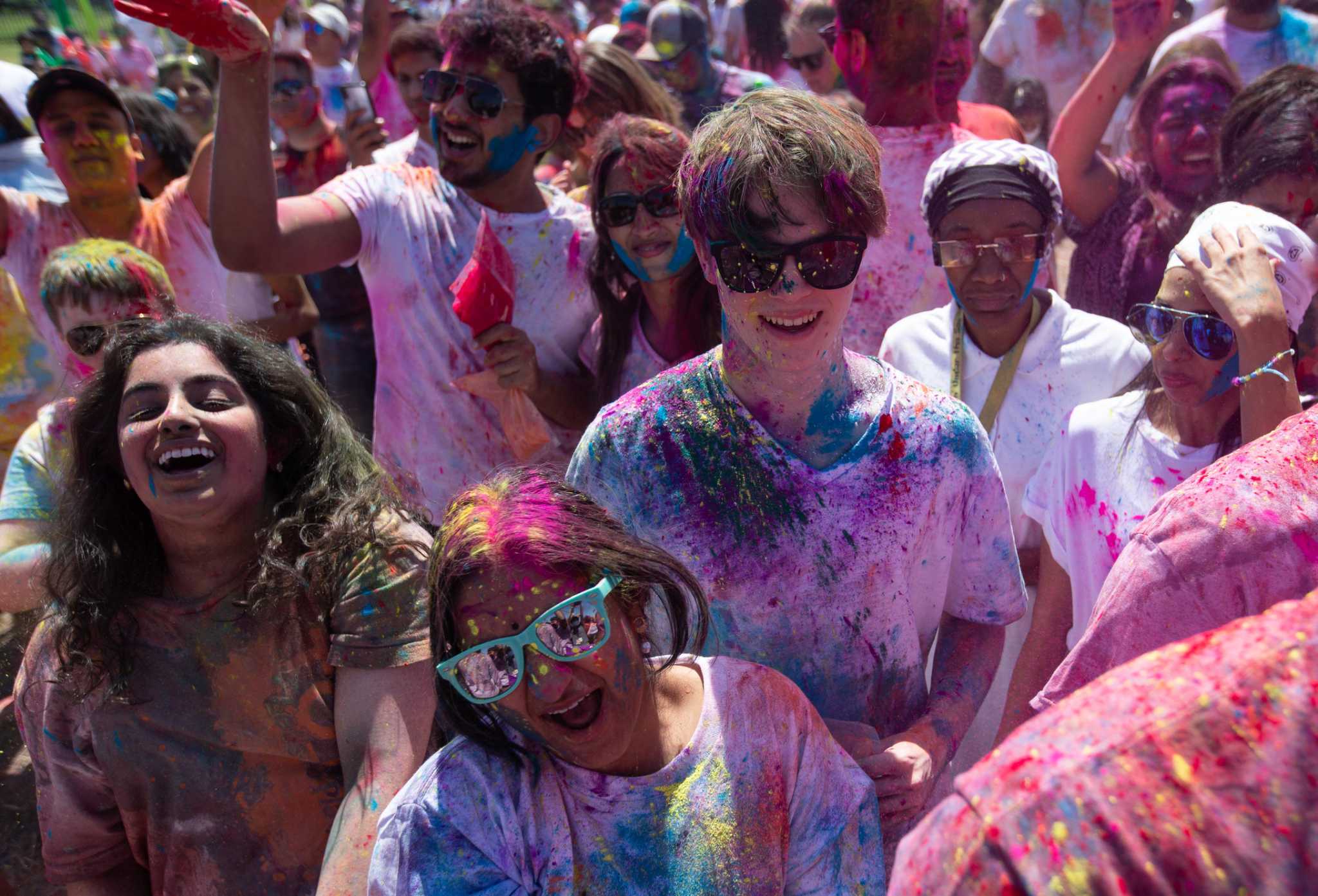 Vibrant shades of dust flew through the air as thousands celebrated the start of spring at a traditional Hindu Holi festival in southwest Houston on Saturday afternoon.

Although this atmosphere rivals that of a music festival, the event draws on a deeper cultural bond as attendees take part in a joyful celebration of color battle during the Hindu Festival of Love and Colors which is a tradition in India.

“There, it is celebrated on a very large scale,” said festival-goer Bhavisha Thakkar. “It’s amazing to us that we have a small part of it here.”

The 13th annual Houston Holi, hosted by Masala Radio, has returned to the Shri Vallabh Priti Seva Samaj Temple (VPSS), two years after the COVID-19 pandemic put an end to the festivities.

The message Holi aims to convey — by throwing colored powder at each other — is love conquering hate and seeing colors fade, Ghosh said.

“When we’re covered in colored powder, we don’t know which is which, we can only see the bright colors,” Ghosh said.

Understanding that people are all the same is necessary in the constant battle to eliminate hatred and unify humanity, according to Rasesh Dalal, chief administrator of the VPSS temple and chairman of the Greater Houston Hindu Advisory Council.

“You are a human being and I am a human being,” Dalal said, adding that the festival aims to eliminate differences. “It doesn’t matter the color of your skin or your education. Inside, everything is the same. So we want to get the message across that humans matter. Or where they come from or what they look like.

For Sumet Berai — a local healthcare solutions worker who has lived in Houston for 10 years — getting his two daughters to play Holi connects the younger generation to their culture.

“I wanted to bring them here so they not only get used to the culture and the colors, but also the logic behind them,” Berai said. “And it’s always good to hang out with the kids.”

The organic powder used by festival-goers was provided by Gujarati Samaj of Houston Inc., a non-profit organization that coordinates activities that celebrate Indian heritage. A bonfire was planned for the end of the festival.